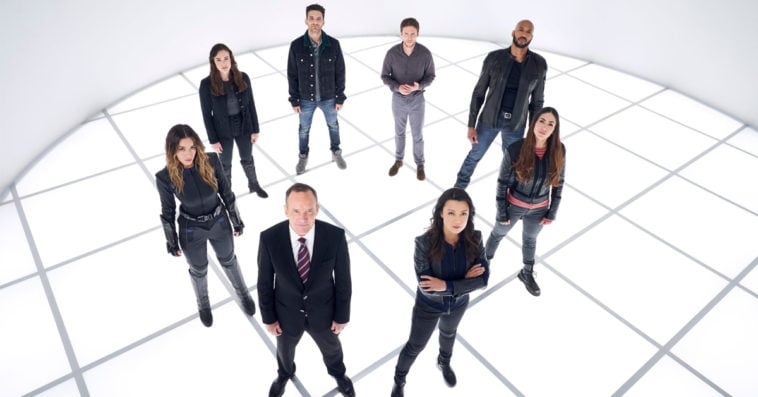 Season 7 of Marvel’s Agents of SHIELD came to an end on Wednesday night, and if you’re one of those fans hoping that the ABC series will eventually return for season 8, we’re sad to say that there’s little to no chance that the superhero show will be back for another batch of episodes in the future.

“How many shows do you know that just suddenly ended, and you feel like, but wait a minute, there was more,” Loeb said at the time. “Yes, in the chronology of this is we thought season 5 was the end. If you go back and you look at the end of that season, it is written that way. Actually, the last episode of that season is called The End. Honestly, we thought we were turning out the lights and going home when we got a call from ABC that said, the material is so strong, do you think you have another season, do you think you have another 13 [episodes] because we sort of like this idea of doing it again.”

That another 13 episodes became season 6, which was then followed by the 13-episode season 7. But before committing to season 7, the show’s executive producers sat down for a meeting and collectively decided that it would be the final season. “We all came to the conclusion that getting another season is so flattering, so lovely, so amazing, but how about if we go back and say, yes, but this is it,” shared Loeb.

And when marketing and publicity for season 7 kicked off, they were consistent that it was going to be Phil Coulson (Clark Gregg) and his team’s one final mission.

The way season 7 ended also made it seemingly impossible for the team to reunite in the future in narrative terms. As seen in a one-year-forward scene in the season 7 finale, the crew members have gone their separate ways. Mack MacKenzie (Henry Simmons) is now the director of SHIELD, with Yo-Yo Rodriguez (Natalia Cordova-Buckley) and Daisy Johnson (Chloe Bennet) running their own SHIELD operations. Melinda May (Ming-Na Wen) has become the head of the new Coulson Academy, while Leo Fitz (Iain De Caestecker) and Jemma Simmons (Elizabeth Henstridge) have both retired. The Coulson LMD, meanwhile, has become an independent operative traveling the globe.

While season 8 is less likely to happen, a possible spinoff could still continue the Agents of SHIELD story beyond season 7. After mentioning a number of spinoff rumors that were shot down in the past few months, Deadline asked Loeb and his fellow executive producer Jeffrey Bell last May if the series is “truly over” after its final 13 episodes.

“Is anything ever really over nowadays?” replied Loeb, hinting at a potential spinoff.

“Those issues are way above our pay grade, you know, and so with the new Disney+ and with all the restructuring that Disney is doing with ABC and Marvel, those kinds of questions really are above what we have any say in,” Bell added.

In addition to a potential spinoff, it’s also possible that some of the Agents of SHIELD characters would make a jump to the big screen. After all, a reference to the Quantum Realm in the season 7 finale made it very clear that the TV series is part of the same Multiverse as the movies.