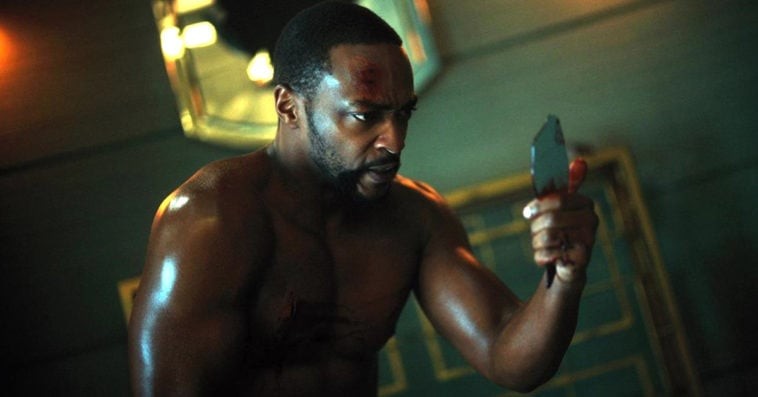 The sci-fi series was cancelled by the streaming service after two seasons. According to Deadline, Netflix’s decision not to renew the cyberpunk drama for season 3 was made back in April and stemmed from the streamer’s usual viewership vs. cost analysis. In other words, Netflix didn’t see the series build enough an audience to justify its production budget for another batch of episodes.

Deadline pointed out that the move to pull the plug on Altered Carbon had nothing to do with the coronavirus pandemic ― unlike The Society and I Am Not Okay with This, which were recently cancelled both due to budgetary issues surrounding increased health and safety costs related to COVID-19.

Created by Laeta Kalogridis based on the 2002 novel of the same title by English author Richard K. Morgan, Altered Carbon is set in a futuristic world where human consciousness is digitized and can be transferred from one body to another. It centers on Takeshi Kovacs, the lone surviving soldier of a group of elite interstellar warriors. Joel Kinnaman portrayed Kovacs in season 1, with Anthony Mackie taking over the role in season 2.

Alison Schapker, who served as the showrunner for season 2, confirmed the cancellation on Twitter, thanking “all who went on the journey” with them.

Grateful for every minute I got working with the incredibly talented writers, cast and crew of #AlteredCarbonSeason2. Thanks to all who went on the journey with us. Long live Quellcrist Falconer! @netflix @skydance

Meanwhile, Chris Conner, who played artificial intelligence Edgar Poe in two seasons of the show, took to Twitter to bid farewell to his character.

He was a great character and I’ll miss him❤️And I got to work with so many great people. Thanks @netflix & @skydance ❤️ On to the next! #alteredcarbon #poe pic.twitter.com/rnYtn2pEhq

Aside from the two seasons of the series, Netflix also released an anime special in 2019 titled Altered Carbon: Resleeved, which was set before the events of season 1.

While there’s a chance that another network or streamer would pick up Altered Carbon and continue it, the show’s high production cost makes that very unlikely.