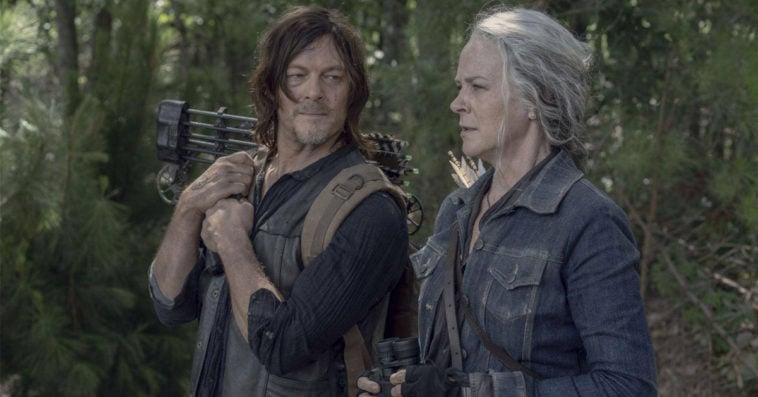 The Walking Dead is coming to an end.

AMC renewed the zombie drama for season 11 ahead of its season 10 premiere back in October 2019. Except for Lauren Cohan’s return to the series as a regular, no other details were revealed about the upcoming season at that time. But on Wednesday, it was announced that show’s season 11 is going to be its last.

The show’s final run, however, will be a super-sized season with a total of 24 episodes. Though season 11 will reportedly span the fall of 2021 and the beginning of 2022, it’s not clear yet whether it will be subdivided into three eight-part portions or two 12-part segments.

While The Walking Dead is nearing its conclusion, the journey of some of the characters from the mothership series will continue in a number of offshoots. For instance, AMC has already given a series order to a new The Walking Dead spinoff that will center on Norman Reedus and Melissa McBride’s fan-favorite characters Daryl Dixon and Carol Peletier. Created by The Walking Dead showrunner Angela Kang and The Walking Dead chief content officer Scott M. Gimple, that yet-to-be-titled show is scheduled to premiere in 2023.

Though there are other additional spinoffs in development at AMC ― as the network is looking to keep some of the popular cast members and characters in the franchise ― only the Daryl/Carol spinoff and Tales of The Walking Dead have been made official at this time.

The original The Walking Dead season 10 finale is set to premiere on October 4th, while the six additional episodes for the current season will be produced beginning in October to air in early 2021. Season 11, meanwhile, will start production in early 2021.