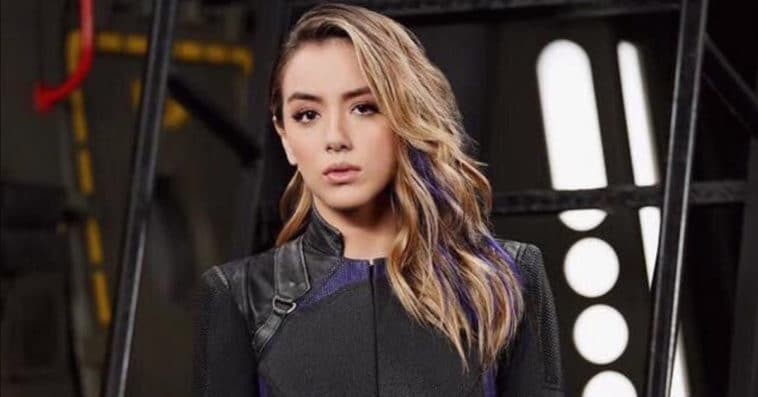 Chloe Bennet has addressed rumors that she’s reprising her Marvel’s Agents of SHIELD character, Quake, in a new spinoff series on Disney+.

A couple of weeks ago, a number of news outlets reported that Bennet will lead a SWORD series on the streaming service. While it does sound really exciting, Bennet said that it isn’t true.

When asked by a fan on Twitter to address the rumors that she’s moving to Disney+, the actress said that there’s no truth to it. “I wish that were true… but they aren’t,” Bennet tweeted. “I haven’t heard anything about that besides on Twitter.”

I wish that were true… but they aren’t… I haven’t heard anything about that besides on twitter ? https://t.co/McSkx345YJ

The tweet above is part of Bennet’s brief Q&A with fans, in which the actress also revealed that she finds it much easier to film a fight scene in a dress than in Quake’s tight suit. She also shared that the seventh and final season of Agents of SHIELD will feature Quake in several different looks, thanks to the added time-travel element of the show.

I will say this… it’s 10x easier to fight in a dress than it is to fight in that tight ass quake suit. So much easier to move in. https://t.co/VcSN5jLivb

This season BY FAR has the most “looks” ever. You guys will like it. ? https://t.co/NK1HWe7eFm

According to the synopsis for the show’s season 7, LMD Phil Coulson (Clark Gregg), Quake, and the rest of the agents of SHIELD are thrust backward in time and find themselves stranded in 1931 New York City. With the all-new Zephyr set to time-jump at any moment, they must hurry to find out what exactly happened to avoid disaster for the past, present, and future of the world.

While major plot details about the final season are being kept under wraps, Bennet assured fans that they’re in for a treat. In an interview with Digital Spy in October, the actress said that season 7 and season 4 are her “favorite” seasons of the series. “It’s a really big pay-up and it’s really, really fun,” she said of the show’s swan song. “When you’ve done six seasons and that many hours of TV, it’s pretty hard on the writers to think what else do we do, and they killed it. Season 7 is a really, really fun one.”

Agents of SHIELD’s final season premieres on Wednesday, May 27th at 10 p.m. ET on ABC.