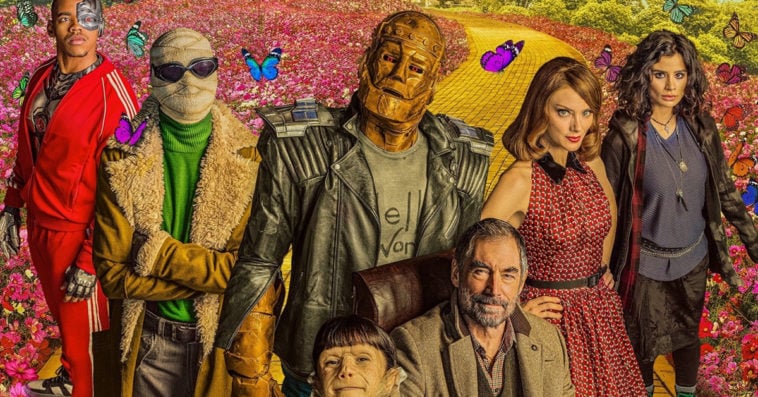 Doom Patrol dropped its season 2 finale on August 6th, and even though it ended on a cliffhanger, the DC Universe series has yet to be renewed for season 3.

Fans, however, shouldn’t be too worried about the show’s impending fate, as there’s no reason to believe that the superhero series is in danger of getting cancelled just yet. Doom Patrol remains to be one of the popular DC Universe original series. In fact, it has gained a passionate following since its 2019 series premiere, which helped it became the first DC Universe property to be released on DC Universe and HBO Max simultaneously.

Also, it’s important to note that it took two months for the series to be picked up for a second season following the conclusion of its freshman run, so it’s too early to say that the show is on the brink of cancellation.

With season 2 ending with the Doom Patrol members being turned into wax by the Candlemaker (Lex Lang) ― leaving the Chief’s (Timothy Dalton) daughter Dorothy Spinner (Abigail Shapiro) to take on the seemingly invincible villain all by herself ― it’s likely that a potential season 3 will pick up immediately where the season 2 finale left off.

Though what will happen next after the inevitable showdown between the Candlemaker and Dorothy is anybody’s guess, there are many great storylines from the comics that the show has yet to draw upon. For instance, if Alan Tudyk reprises his role as Mr. Nobody in season 3, fans may see the supervillain leading a new group of baddies called the Brotherhood of Dada.

READ  Affleck's Out: Warner Bros looks for new Batman to replace him

If Doom Patrol officially gets renewed for a third season anytime soon, then its earliest possible release date would be in the fall of 2021, as production delays caused by the coronavirus pandemic continue to slow the TV industry.

As for where Doom Patrol’s potential season 3 will be released, a recent comment made by DC Comics Chief Content Officer Jim Lee suggested that the show’s new batch of episodes will stream exclusively on HBO Max.