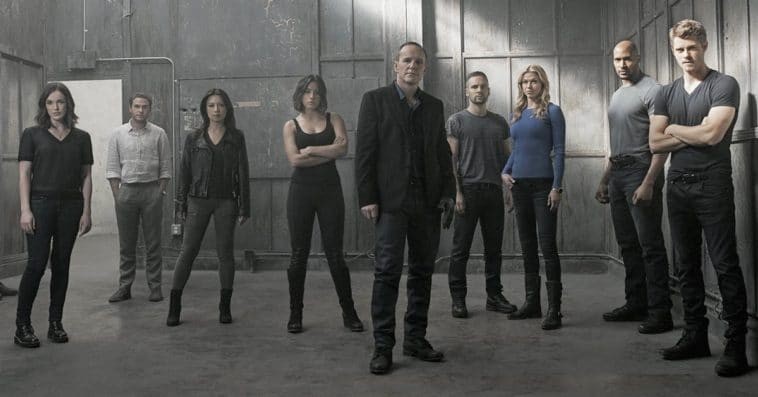 The highly anticipated season 7 of Agents of SHIELD officially premiered earlier this week, and though it’s the final chapter of the MCU series, a couple of spinoff rumors have had fans hoping that this won’t be the last time they’ll be seeing Phil Coulson (Clark Gregg) and his crew.

Since it was reported that SHIELD’s space-based counterpart, SWORD, is expected to be featured in the upcoming Disney+ miniseries, WandaVision, there have been rumors that the Elizabeth Olsen and Paul Bettany-led show will set up an Agents of SHIELD spinoff. A number of news outlets also reported that Disney is working on a series about Secret Warriors, a team that Daisy Johnson (Chloe Bennet) had already formed in season 3 of Agents of SHIELD.

Bennet had already debunked these rumors earlier this month, and Agents of SHIELD executive producers have finally addressed them in a recent interview with Deadline after being asked if the series is “truly over” after its final 13 episodes.

“Is anything ever really over nowadays?,” Jeph Loeb answered with a laugh.

“Those issues are way above our pay grade, you know, and so with the new Disney+ and with all the restructuring that Disney is doing with ABC and Marvel, those kinds of questions really are above what we have any say in,” Jeffrey Bell added.

While it doesn’t sound like an Agents of SHIELD is getting a spinoff anytime soon, both Loeb and Bell, along with their fellow exec producer Jed Whedon, said that the final season of the series will “bump into something” that will further expand the Marvel Cinematic Universe.

Whether or not Agents of SHIELD will get a spinoff in the future, Whedon said that they’re “happy” with how the series ends. “Obviously, there’s stuff that you could always throw more time at or money at, but I would say we don’t have regrets about how it went,” he said. “Yes, you can always go back, but I do feel like when they closed down the set and they tore them down, and the stages were empty we had a good sense of completion.”

Agents of SHIELD airs Wednesdays at 10 p.m. ET on ABC.