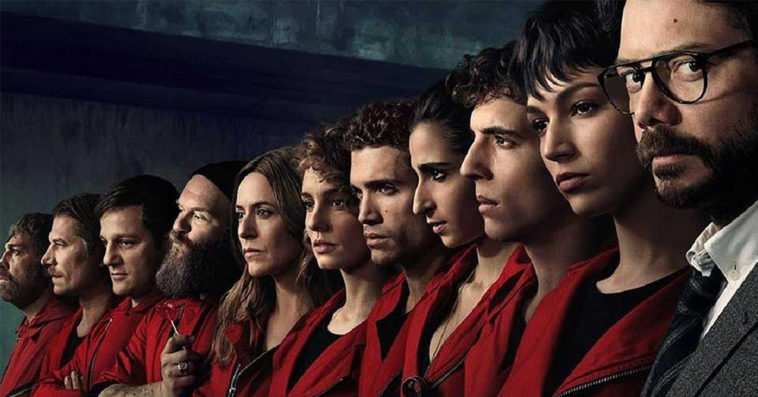 Money Heist is returning to Netflix for one last season.

The streaming service has renewed the Spanish crime drama for a fifth and final season composed of 10 episodes. Production for the show’s last chapter is set to start on August 3rd in Denmark before filming in Spain and Portugal.

Following the death of their team member Nairobi (Alba Flores) in season 4, The Professor (Álvaro Morte) and his crew will go beyond the heist to avenge her death in season 5. “We are moving from a chess game – a mere intellectual strategy – to a war strategy: attack and contention,” series creator Alex Pina told Entertainment Weekly of how the gang would avenge Nairobi’s death in the show’s last batch of episodes.

This, however, won’t be easy for the team as the upcoming season will introduce two new faces that will seemingly try to thwart their plans. Those new characters will be played by Patrick Criado and Miguel Ángel Silvestre, who is best known for playing Lito Rodríguez on the Netflix sci-fi drama Sense8.

Though details about their roles are being kept under wraps, Pina implied that they won’t be allies of The Professor’s gang. “We always try that our opponents be charismatic, intelligent, shiny,” said Pina, apparently referring to the two new characters. “In this case, in pure war film genre, we also look for characters whose intelligence can measure up against The Professor’s.”

With season 4 ending with Sierra (Najwa Nimri) finding The Professor’s hideout and holding him at gunpoint, Pina teased a standoff of sorts between the two characters in the final season. Pina added that fans will also get to know more of Denver’s (Jaime Lorente) childhood friend, Manila (Belén Cuesta), over the course of season 5.

READ  Has Tribes of Europa been canceled or renewed for season 2?

And with the war between the team and the authorities reaching its most extreme and savage level, Pina assured audiences in a statement to Deadline that season 5 is going to be “the most epic and exciting season” of the series.

Money Heist season 5 doesn’t have a release date yet, but the first four seasons of the show are all available to stream on Netflix.