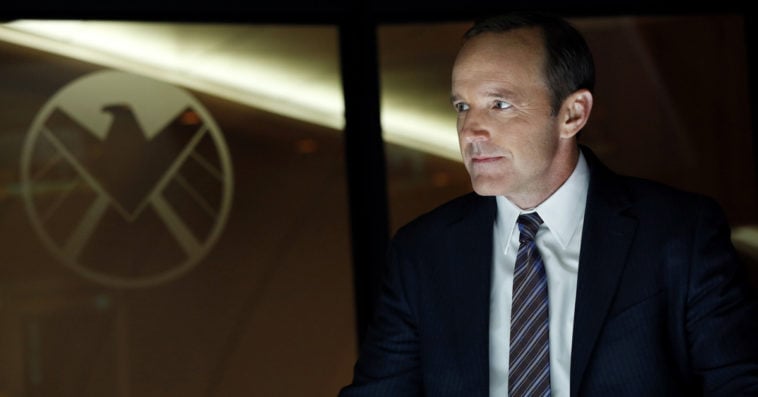 In an almost two-minute clip released by Marvel Entertainment, Gregg said that it has been a “great honor” for him to play Phil Coulson on the series for seven years. The actor then went on to reflect on the series’ evolution since it launched in 2013, and how the cast and crew have become a family over the years.

“The show has gone through so many different worlds and iterations. All these corners of the Marvel universe that we were allowed to play with,” said Gregg. “And the amazing cast they put together, with Chloe Bennet (Daisy Johnson/Quake) and Elizabeth Henstridge (Jemma Simmons) and Iain De Caestecker (Leo Fitz) and Ming-Na Wen (Melinda May) and then Henry Simmons (Mack MacKenzie), Adrianne Palicki (Bobbi Morse) and Nick Blood (Lance Hunter) and Natalia Cordova-Buckley (Yo-Yo Rodriguez) and quite a lot of other amazing people. All of it with these intense tight relationships and conflicts. Some of the great villains: Mallory Jansen (Aida), Powers Booth (Gideon Malick), Bill Paxton (John Garrett), Kyle MacLachlan (Calvin Zabo) ― oh my gosh, Ruth Negga (Raina). This team, this evolving team, took a heroic attitude, which was to care about nothing but continual evolution. And out of that, we built a family. And Phil Coulson’s been at the center of that family. He’s gained, as I have, so much.”

Gregg, who first appeared in four out of six movies of the Marvel Cinematic Universe (MCU): Phase One before headlining Agents of SHIELD, also said that he never thought Coulson would become a huge character in the MCU. “If you would’ve told me as I sipped coffee on Iron Man 1 that I would go this many layers into this character, it’s really bittersweet to let that journey go. But I can only be grateful for it,” he said. “So thank you on behalf of myself and the team for giving us this incredible journey.”

A message from @ClarkGregg, your Agent Phil Coulson.

While it’s not clear whether Coulson’s presence in the MCU ― either on TV or on the big screen ― will still be felt following the end of Agents of SHIELD, Gregg previously said that he’d always be open to reprising his role as Coulson in the future.

“It’s hard for me to imagine a scenario where I’d say, ‘No, I’m too busy to put on whatever the latest version of the suit is and go play Phil Coulson,’” the actor said in an interview with Variety in May. “I’m always thrilled when I see them changing timelines and exposing a multiverse in the cinematic [universe]. Because I think, ‘Well, I’ve seen scenarios where I could be around!’”