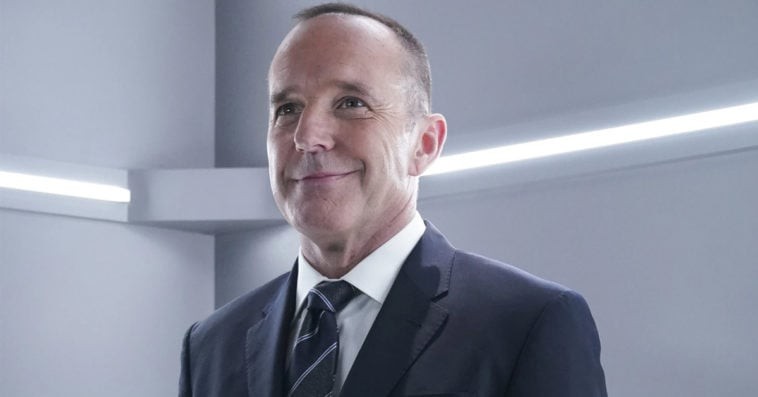 Prior to headlining Marvel’s Agents of SHIELD, Clark Gregg first appeared as Phil Coulson in four out of six movies of the Marvel Cinematic Universe: Phase One. And now that the ABC series is coming to an end, Gregg is hoping to bring his character back to the film side of the MCU to reunite with the original Avengers.

In a recent interview with ComicBook.com, Gregg shared an idea of how Coulson could reunite with the original Avengers before the events of 2019’s Avengers: Endgame. “I was like, ‘Come on, you haven’t done a one-shot.’ Why couldn’t there be a really cool one-shot where they (The Avengers) are on a mission, we (Agents of SHIELD) are on a mission… [then] oops! You know? … I thought it would be cool.”

Gregg was seemingly referring to Marvel One-Shots, which are short films set within the MCU that usually fill in story gaps and provide more backstory for characters or events introduced in the movie series. Marvel Studios hasn’t produced a new one-shot since 2014 and it’s not clear whether the studio has plans to make more in the future.

Though it has been almost a decade since Coulson appeared in the movies, a lot of fans are still interested in seeing him reunite with the Avengers, especially because the Earth’s Mightiest Heroes never learned that Coulson was not only revived after his death in 2011’s The Avengers but also went on to lead SHIELD.

When asked which original Avengers member he’d like to see Coulson interact with again, Gregg said: “Well, you know, the crush on Cap (Chris Evans) never dies. But I felt sad [that Robert Downey Jr.’s Tony Stark died before knowing that Coulson was actually alive], just because really … I think the reason Coulson became what Coulson really was, was about Robert and those scenes together and the repartee. He makes you that much better and brings out so much more than you might normally see in a scene. The way that he took those scenes and that character on, brought me to life, in a way.”

While it’s not clear whether Coulson’s presence in the MCU ― either on TV or on the big screen ― will still be felt following the end of Agents of SHIELD, Gregg previously said that he’d always be open to reprising his role as Coulson in the future.

“It’s hard for me to imagine a scenario where I’d say, ‘No, I’m too busy to put on whatever the latest version of the suit is and go play Phil Coulson,’” the actor said in an interview with Variety in May. “I’m always thrilled when I see them changing timelines and exposing a multiverse in the cinematic [universe]. Because I think, ‘Well, I’ve seen scenarios where I could be around!’”

The seventh and final season of Agents of SHIELD airs Wednesdays at 10 p.m. ET on ABC.