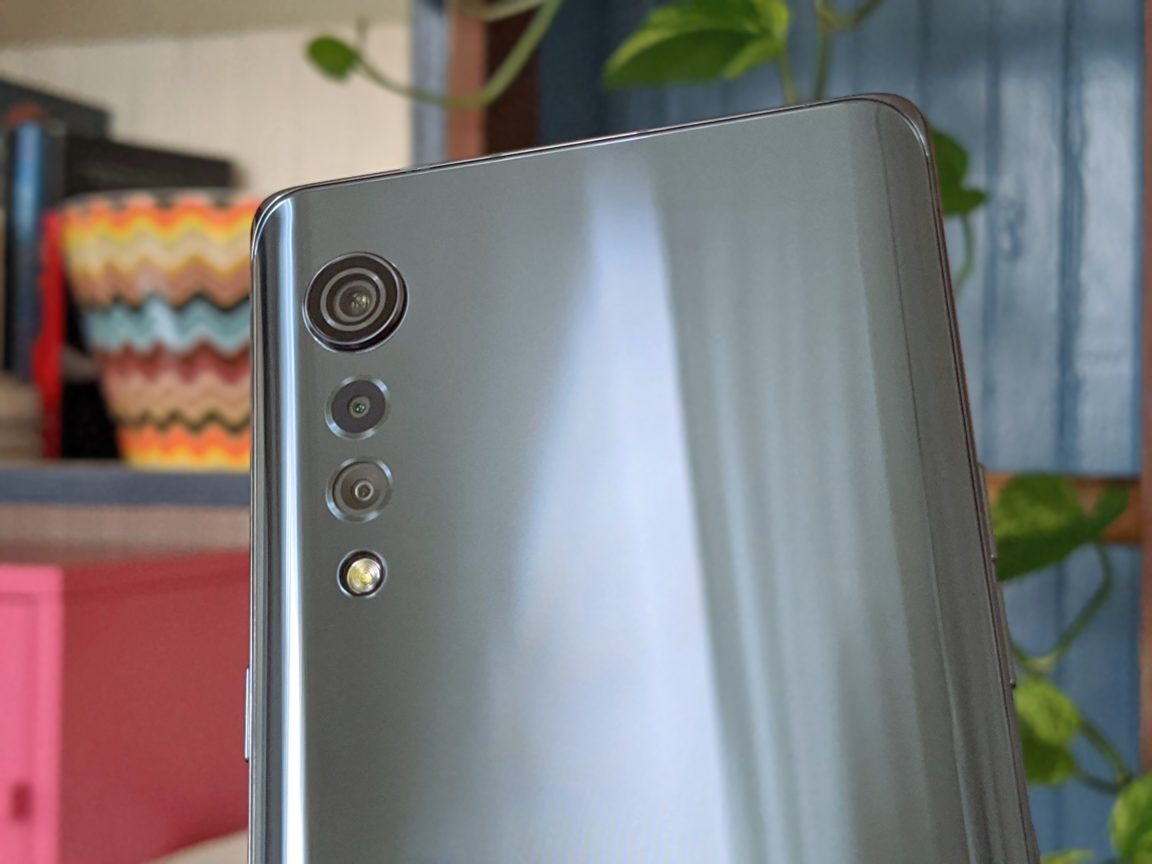 The LG Velvet is a premium mid-range 5G phone that’s competent but lacks excitement. Still, with the optional dual screen case, you’re getting most of the Surface Duo experience for half the price.

For a couple of years now, LG has been making phones that get the job done but are ultimately kind of boring. So when the Korean giant announced a new design direction with the $600 Velvet — a premium mid-range 5G handset with an optional dual screen case — I was pretty excited. I’ve been using both AT&T’s version and an unlocked European model for several weeks now, so I wanted to share my thoughts on LG’s latest and greatest.

Let’s start with this new design. The Velvet is a big, sleek, aluminum and glass sandwich with curved sides front and back (LG calls this “3D arc design”) and vertically aligned “raindrop” cameras. It’s a good looking phone that feels nice in hand. The modern, elegant lines belie the Velvet’s size — after all, it’s almost as large as LG’s own V60 flagship. And the optional dual screen case adds even more bulk.

Check out my unboxing video below: 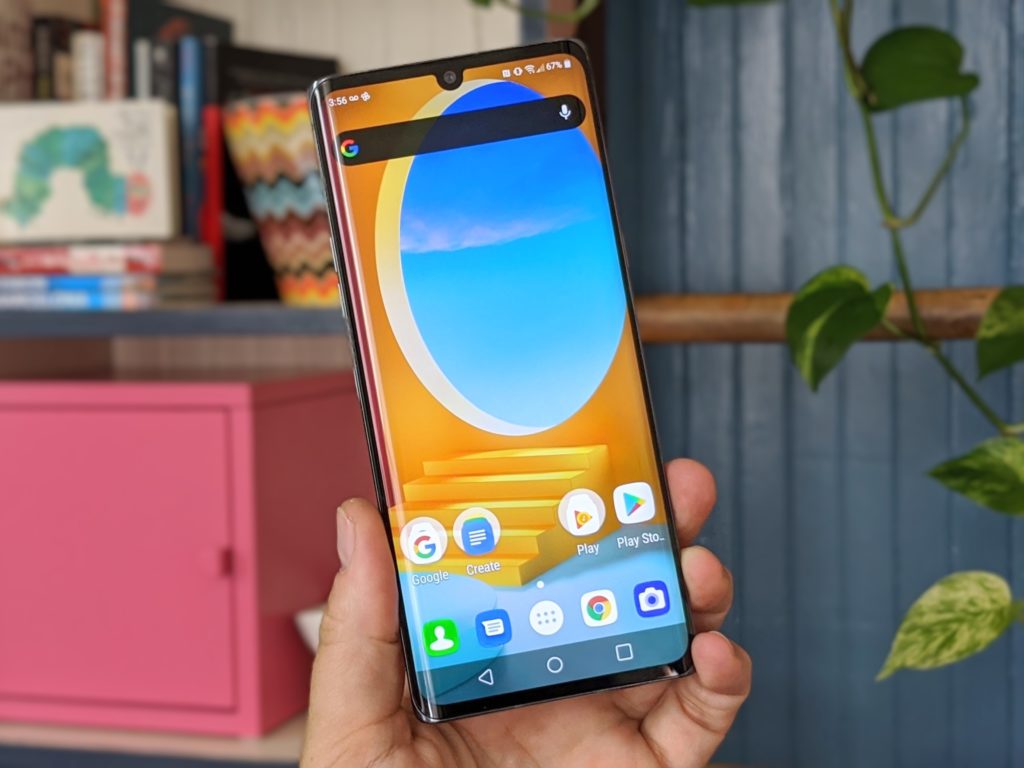 Other specs include a dedicated assistant button on the left side, 25W USB PD wired charging, plus the usual assortment of radios (WiFi ac, Bluetooth 5.1 LE, NFC, A-GPS / GLONASS / Galileo / Beidou) and sensors. Then of course there’s 5G and LTE, with AT&T’s version supporting the carrier’s low-band 5G network (850MHz, n5), and Verizon’s model being compatible with the carrier’s mmWave network.

Like with LG’s V60 and G8x, the dual screen case  — which isn’t bundled this time around — features an identical second display (6.8-inch 1080p 20.5:9 60Hz OLED) and a smaller front screen (2-inch monochrome OLED). A proprietary MagSafe-like connector provides power and data to the Velvet’s USB Type-C port. It’s also worth noting that while the secondary screen has a matching (empty) teardrop notch, it doesn’t have curved edges. 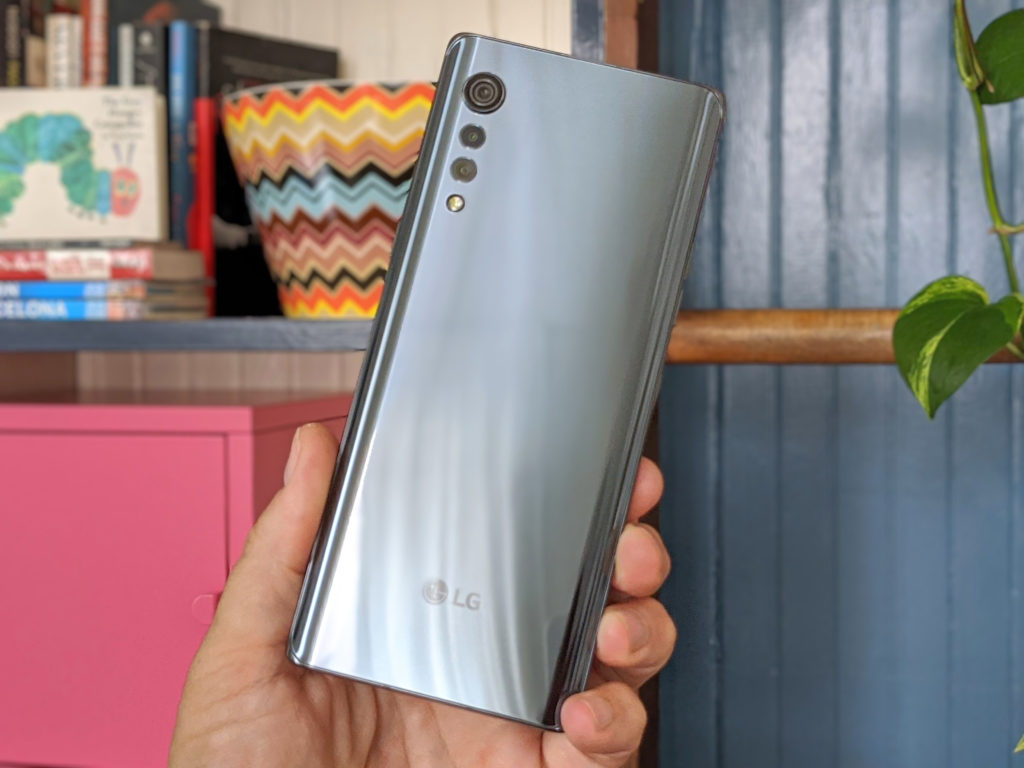 In fact, it’s not unfair to think of the Velvet as a more stylish and more affordable LG V60 with lesser specs. The Snapdragon 865 is de-tuned to a slightly slower but slightly more efficient Snapdragon 765G, the main camera drops OIS and switches from 64MP to 48MP, the battery is reduced from 5000mAh to 4300mAh, and the headphone jack lacks ESS’ excellent 32-bit HiFi Quad DAC. So that’s basically it for specs.

Here’s my takeaway after using the Velvet for over a month. It’s an attractive, contemporary design that’s a big improvement over LG’s other recent phones — including the V60. Some of the colors are pretty cool (like Aurora Red, and Pink White on Verizon here in the US, plus Aurora Green and New Black abroad). AT&T’s selection is less exciting, though (Aurora Gray and Aurora Silver — see gallery above).

The Velvet’s display is lovely, as you’d expect from LG. Sadly, though, it’s only a 60Hz screen — like the V60. Obviously, it’s easier (and cheaper) for LG to use 60Hz displays since the dual screen cases require matching panels. High refresh-rate displays are wonderful, though, and once you become accustomed to them, there’s no going back. They’re also the norm on flagships these days, and quickly becoming standard on mid-rangers.

I’m less enamored with the cameras. As you can see in the gallery below, they perform adequately but don’t really stand out. The lack of OIS on the main shooter is a major omission at this price point, considering both Google’s Pixel 4a ($350) and Apple’s iPhone SE ($400) include this feature. You might not really notice until you try to zoom in or shoot in low light, but regardless, it’s a miss — especially for LG.

On the audio front, the Velvet’s speakers sound fine, but aren’t anything special. I’m happy LG included a headphone jack, but disappointed it dropped the signature 32-bit HiFi Quad DAC found in its previous handsets. Then again, there’s Qi wireless charging, and that IP68 rating. Oh, and did I mention it’s also MIL-STD-810G compliant to protect from shock, vibration, and other environmental factors? 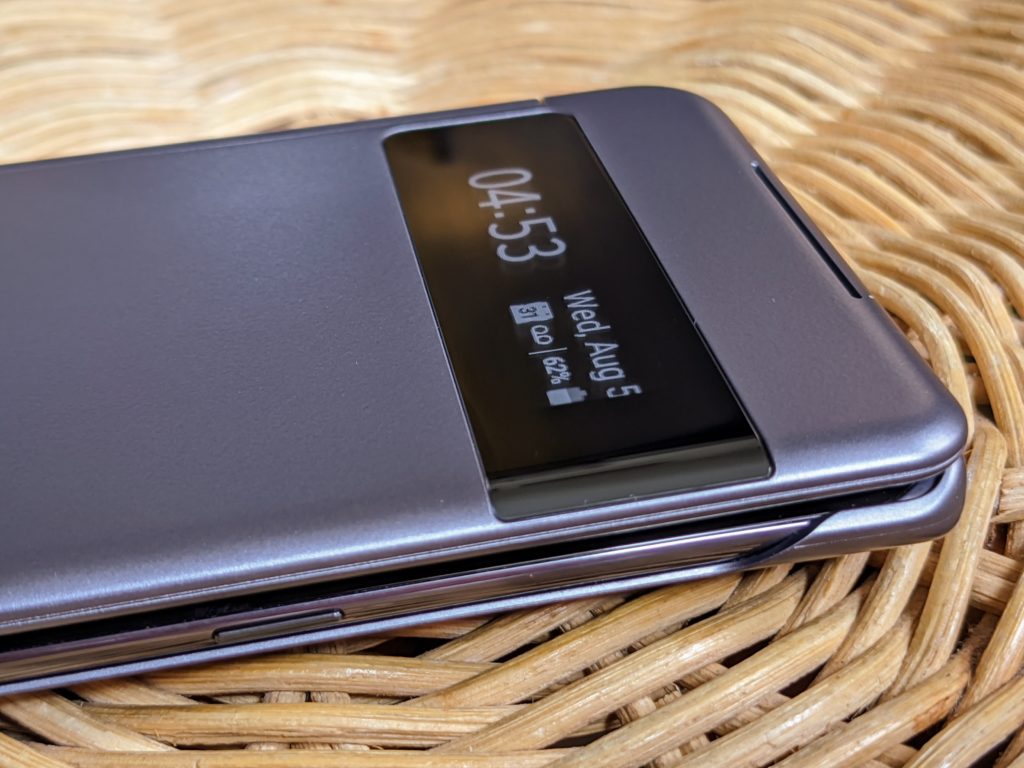 Performance and battery life are solid. The Velvet kept ticking no matter what I threw at it — and I’m a power user. It’s not going to be as smooth as a flagship with some of the more graphically demanding games, but I doubt you’ll be jonesing for more performance. Ditto with endurance. I didn’t have any issues using the Velvet for an entire day on a single charge, and most folks will have battery life to spare when it’s time for bed.

While LG’s finally revamped its hardware design, there’s work to be done on the software. The Velvet runs the company’s UX 9.0 skin on top of Android 10, and it’s not the best user experience. Sure, it gets the job done and it’s snappy enough, but it looks and feels dated, and deviates too much from stock. I’m not a big fan. What’s even worse, though, are the mountains of bloatware that are preinstalled on AT&T’s version. It’s a real shame. 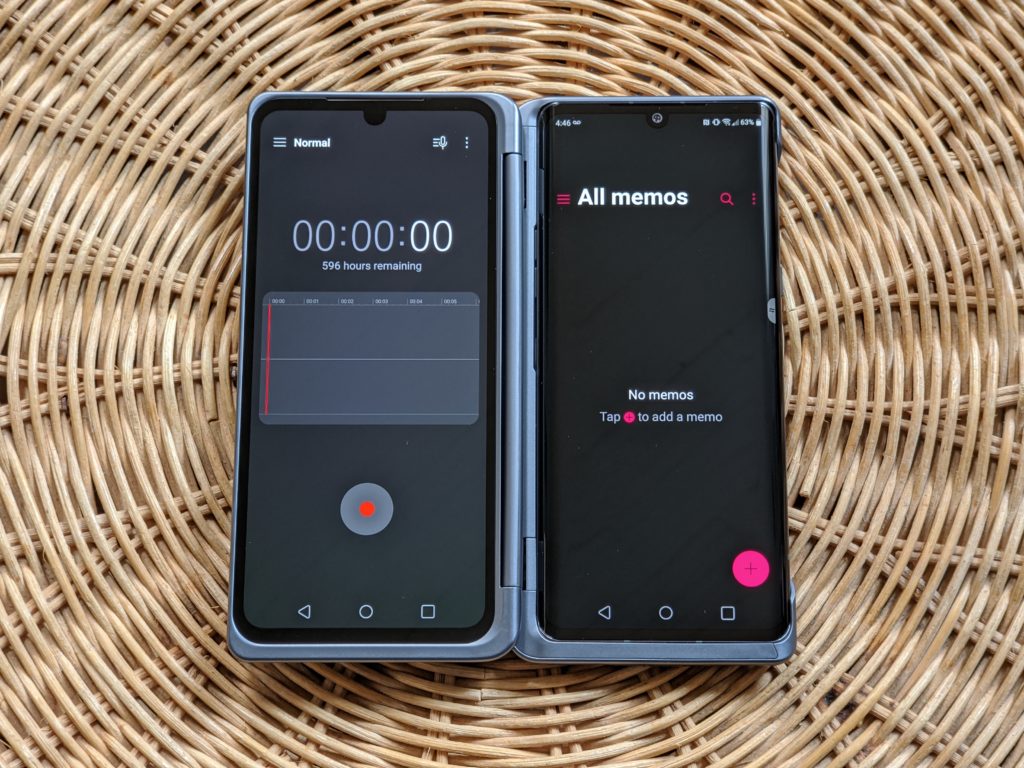 The dual screen case is also a mixed bag. While it’s definitely not for me — I think it’s a gimmick, and I’m honestly more productive with a single display and Android’s polished multitasking — I see the potential value. LG has regularly improved the functionality to a point where you’re getting most of the Microsoft Surface Duo experience for half the price. The company just needs better marketing and on-boarding around this functionality.

Finally, did you know the Velvet and its dual screen case work with Wacom AES pens? LG even includes a bunch of pen specific features, just like Samsung does with its Galaxy Note. The Velvet is (unfortunately) a carrier exclusive in the US, and is available from AT&T ($600), Verizon ($700), and coming to T-Mobile soon (price TBD). It’s available unlocked abroad, but that version doesn’t support 5G bands for North America. 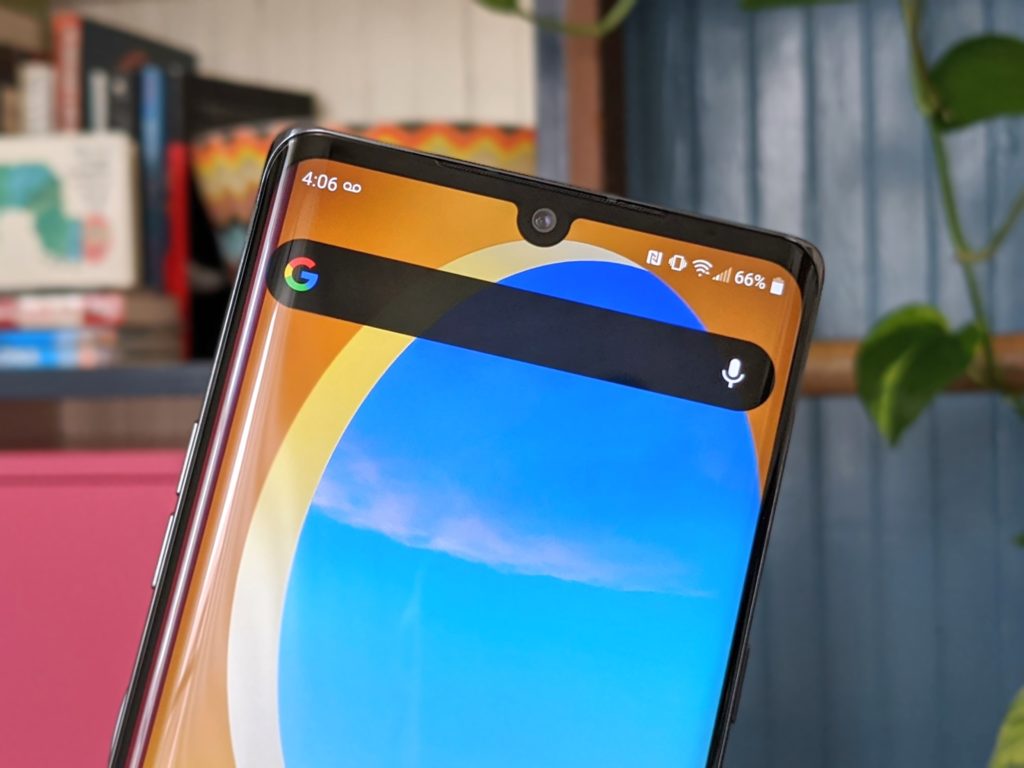 In all, the LG Velvet is a premium mid-range 5G phone that’s competent but lacks excitement. Sure, it does everything in style, but this is a highly competitive segment. Its $600 price tag would be easier to justify if it was available unlocked and included a 90Hz+ display and a camera with OIS. And while it offers a headphone jack, wireless charging, and an IP rating — not to mention that unique dual screen case — it’s just not special enough.