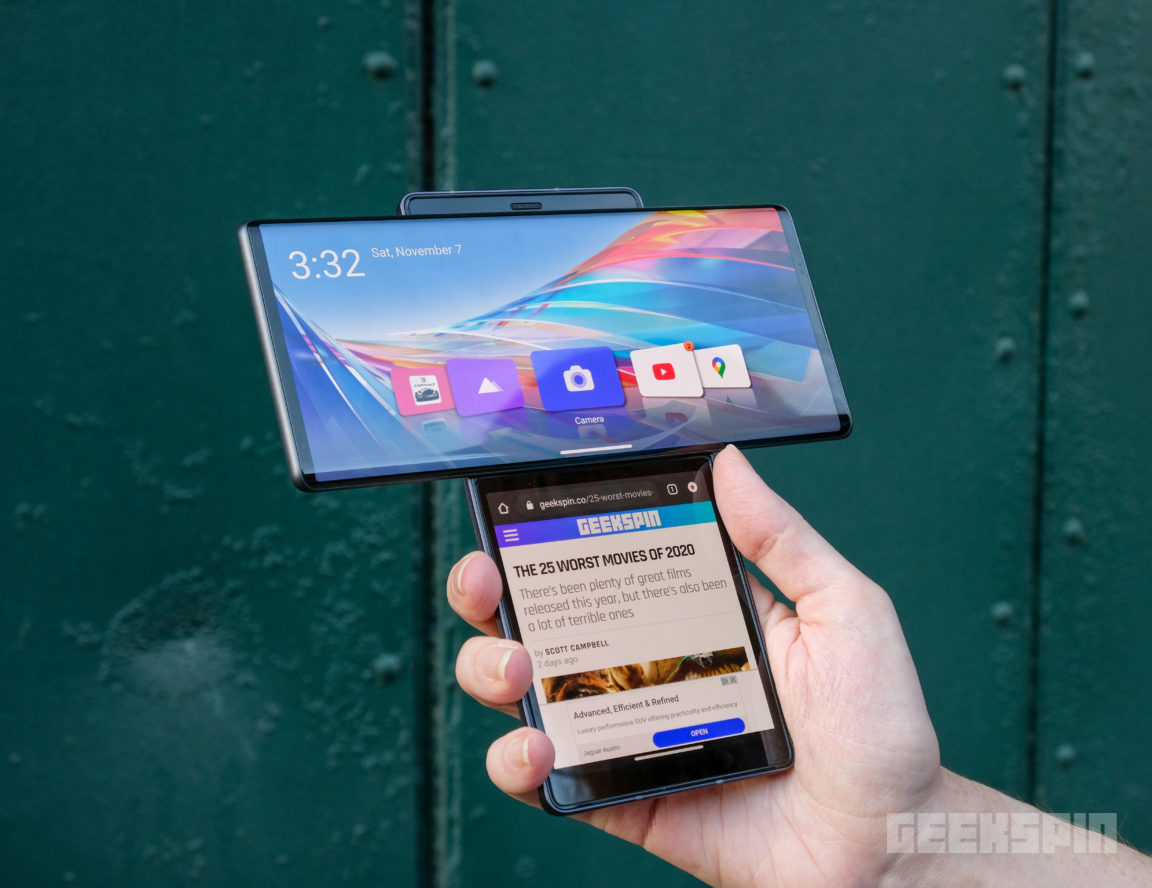 The LG Wing 5G offers a bold and extremely unique multi-screen form-factor that has been engineered masterfully. But without more uses for its swivel screen, we don’t believe this form-factor can appeal to many users – especially at its relatively high price tag.

The LG Wing 5G is perhaps the most uniquely designed smartphone of 2020 – at least, that’s actually in production. To that effect, the unique multi-screen phone looks like a typical candy bar smartphone – until its main display swivels out to reveal a T-shaped smartphone with an incredibly unusual design. The LG Wing 5G is also the first product developed by the LG Explorer Project, with more original concept devices expected to be incoming.

The LG Wing 5G weighs 260g and measures 10.9mm thickness. That is significantly heavier and thicker than most large display phones. Fortunately, while we do wish it was slimmer, it’s not too unwieldy to hold and operate. In particular, the swivel mechanism on the LG Wing is super easy to use, it feels natural to operate, and it feels durable. LG says that the device should last through 200,000 swivels, which equates to about 5 years of use.

The LG Wing is powered by 8GB of RAM and a Qualcomm Snapdragon 765G chipset which is quickly becoming the go-to chipset for brands wanting to come out with affordable flagship phones. To that effect, we have no complaints with the LG Wing’s performance. The phone earned a 607 Single-Core score and an 1870 Multi-Core score on Geekbench. That’s a respectable score, but it can’t compete with most higher-end flagships. In comparison, the Pixel 5 – that is also powered by the Qualcomm Snapdragon 765G chipset, scored a bit lower.

Although LG did omit a telephoto lens, the cameras on the LG Wing are solid. In particular, the rear camera is quite good. It’s able to produce very good shots and portraits, but it can’t compete with most other flagship cameras. The front-facing camera isn’t as impressive but it’s a solid selfie camera.

It’s the LG Wing’s video capabilities where things really get interesting. To that effect, the camera can be used in Gimbal mode which prevents the camera from shaking by using your phone as a gimbal. Gimbal mode is super easy to use thanks to the virtual joystick located in the camera app. Overall, it’s a neat feature that helps you easily produce more professional and interesting videos. The LG Wing also has a Dual recording mode that lets you simultaneously capture video using both the front and rear camera view. Both videos can be saved into the same file or as two separate files.

The unique multi-screen swivel form-factor of the LG Wing 5G obviously lends itself to multi-tasking. It’s really neat being able to do things like watch YouTube videos in fullscreen view on the main display while sending texts or browsing the web on the second screen.The apps that have been optimized for the second screen on the LG Wing 5G include the likes of Gmail, Maps, Messaging, Phone, Photos, Settings, Voicemail, and YouTube. Other apps can run in second screen mode but the results will vary.

Our gripes with the LG Wing are not dissimilar to what we had to say about the LG Velvet. And that is that the software still needs refinement – we want to see more apps and use cases that take advantage of the second screen experience. Also, we’re just not sure how many people really need this kind of unusual form-factor. Last but not least, its $999 price tag makes it a difficult buy when there are competing phones which offer better specs for less.

That said, we have to give LG a lot of credit, they’re not afraid to take risks and experiment with original and unusual phone concepts and features. But personally, we’d prefer it if they would work on developing a folding phone competitor that competes with the likes of the Samsung Galaxy Z Flip 5G and Moto Razr 5G. At the end of the day, a clamshell folding phone is the form factor that we believe has the most mainstream appeal. That said, for a first-gen device, the LG Wing is impressively solid.