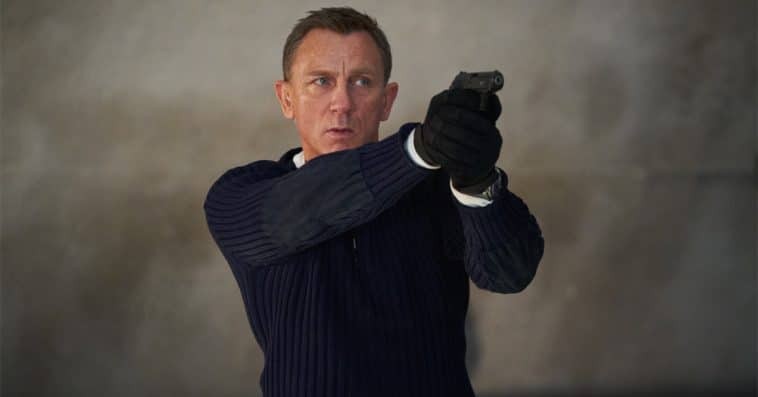 The first trailer for the new James Bond movie No Time to Die is out, and it sees Daniel Craig’s Agent 007 getting back in action after running off to Jamaica for some peace and quiet at the end of the last Bond film, Spectre.

In the two-and-a-half-minute clip, Bond’s old friend from the CIA, Felix Leiter (Jeffrey Wright), reaches out to him for help. “I need a favor, brother. You’re the only one I trust for this,” Leiter tells Bond. While the scene was cut before Leiter could say what exactly he needs from Bond, succeeding scenes suggest that it involves searching for a missing scientist that happens to be Dr. Madeleine Swann (Léa Seydoux), the psychiatrist who assisted Bond in his mission in Spectre.

Bond and Dr. Swann’s relationship turns romantic, but a jail visit to Ernst Stavro Blofeld (Christopher Waltz), the former head of the criminal syndicate Spectre, causes Bond to question the scientist’s loyalty. “You gave up everything for her. [But] when her secret finds its way out, it would be the death of you,” Blofeld tells Bond of Dr. Swann.

The trailer hints that Dr. Swann is somehow linked to the movie’s mysterious villain Safin (Rami Malek). It appears that Safin is the one who kidnapped the scientist in the hope of creating technology that will make him more powerful and impenetrable. In a scene from the trailer, Safin tells Bond that his skills will die with his body, while the villain’s skills will survive long after he’s gone. Unamused by Safin’s evil plans, Bond reminds him that “history isn’t kind to men who play god.”

Elsewhere in the trailer, Bond reunites with his allies Eve Moneypenny (Naomie Harris) and Q (Ben Whishaw), who thought all along that Bond died a couple of years ago.

Bond also meets Nomi (Lashana Lynch), a “00” agent who has been put into active service since his retirement two years ago. Though both are on the same team, the two don’t get along really well. “The world’s moved on, Commander Bond,” Nomi tells Bond at some point in the trailer. “So stay in your lane. You get in my way, I will put a bullet in your knee.”

Directed by Cary Joji Fukunaga, No Time to Die also stars Ralph Fiennes as M, Rory Kinnear as Bill Tanner, and Ana de Armas as Paloma, among many others.

In addition to the trailer, a number of stills from the movie have also been released. Click through the slideshow below to see them.