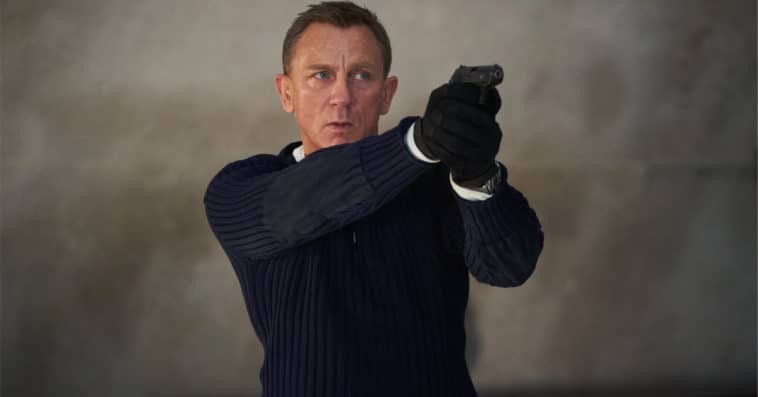 The theatrical release of the James Bond movie No Time To Die has been delayed due to coronavirus concerns.

The 25th installment in the James Bond film series was supposed to open in U.S. theaters on April 10th, but MGM, Universal Pictures, and producers Michael G. Wilson and Barbara Broccoli announced on Wednesday that its North American release would be postponed until November 25th. The movie’s original U.K. release date of April 2nd was also rescheduled to November 12th.

“After careful consideration and thorough evaluation of the global theatrical marketplace, the release of No Time To Die will be postponed until November 2020,” read a portion of the statement posted on the official James Bond Twitter account.

Consequently, No Time To Die’s March 31st world premiere gala at London’s Royal Albert Hall was also postponed, as well as the comprehensive global rollout of the movie, which would have seen Daniel Craig, Rami Malek, Ana de Armas, Christoph Waltz, Naomie Harris, and other stars of the film flying to multiple countries for promotional events.

The coronavirus outbreak, which has already caused more than 3,000 deaths worldwide, has led to the closure of theaters in Italy, South Korea, Japan, and China. And with China being the second-biggest movie market in the world behind the U.S., not postponing the release of No Time To Die would have greatly hurt the box-office performance of the film in international markets.

With the current situation of the global theater marketplace, an MGM spokesperson told CNN that it “didn’t seem achievable for the film to hit its high level of success” if it would be released in April.

No Time To Die is the first major film to push back its opening date due to the coronavirus. And as a result, other major tentpoles are now reportedly considering delaying their releases until the COVID-19 outbreak has been contained.

The announcement of the film’s postponement came two days after the popular Bond fan site MI6-HQ wrote an open letter to the movie producers asking to reschedule the release of the film at a later date. “It is time to put public health above marketing release schedules and the cost of canceling publicity events,” the letter stated. “It’s just a movie. The health and well-being of fans around the world, and their families, is more important.”

In the Cary Joji Fukunaga-directed flick, Craig’s James Bond is recruited to rescue a kidnapped scientist and later finds himself hot on the trail of a mysterious villain, who is armed with a dangerous new piece of technology.

No Time to Die is Craig’s last movie as James Bond.