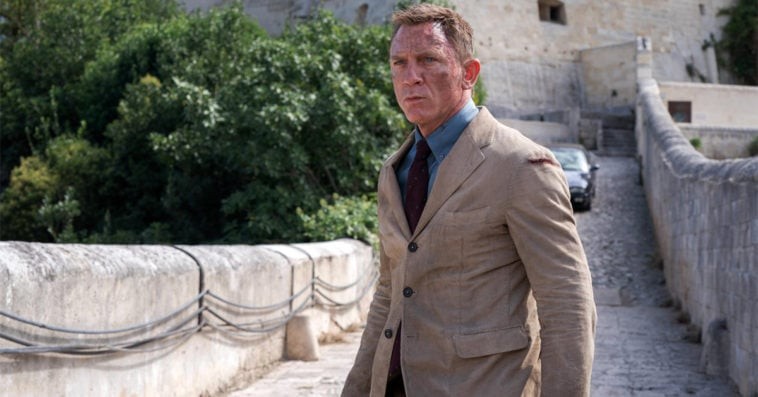 No Time to Die won’t be hitting theaters until next year.

The James Bond movie starring Daniel Craig was supposed to open in U.K. theaters on November 12th and in U.S. cinemas on 25th of the same month. But MGM, Universal, and Bond producers, Michael G. Wilson and Barbara Broccoli announced on Friday that the release of the film would be delayed until April 2nd, 2021 “in order to be seen by a worldwide theatrical audience.”

This isn’t the first time the release date of the movie has been pushed back due to coronavirus. MGM, which is the first film studio to predict how the COVID-19 pandemic was going to stall exhibition, previously moved No Time to Die from its Easter weekend release date of April 10th-12th to the November Thanksgiving frame.

The recent decision to delay the movie’s release once again isn’t really surprising, as industry insiders were expecting MGM to reschedule the film’s release to a later date following the lackluster box-office returns for Christopher Nolan’s Tenet, which was released last month. The sci-fi action thriller, which has a production budget of $200 million, has so far made 262 million overseas but only $45 million in the U.S. ― where cinemas in Los Angeles, New York, and San Francisco largely remain closed.

While it’s good news for movie theater operators that MGM is keeping No Time to Die a theatrical release, the further delay of the movie’s release date has subsequently crushed hopes for a 2020 cinema rebound. Since James Bond is a popular franchise, movie theater chains were banking on No Time to Die, but now that it’s been delayed again, Deadline reported that it wouldn’t be shocking if some attrition in the exhibition space will eventually take place.

In the Cary Joji Fukunaga-directed film, Craig’s James Bond is recruited to rescue a kidnapped scientist and later finds himself hot on the trail of a mysterious villain armed with a dangerous new piece of technology.

No Time to Die is Craig’s last movie as James Bond.