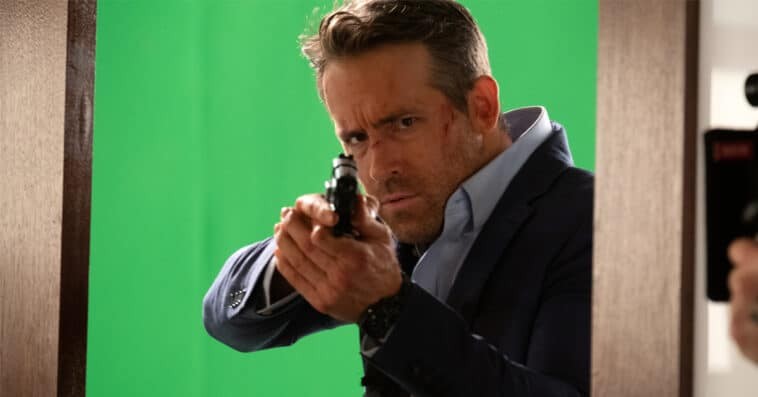 Daniel Craig’s time as Agent 007 came to an end with the latest James Bond movie No Time to Die. Since the film is still playing in several theaters around the world, the search for Craig’s successor hasn’t officially started yet. And although it appears that producers of the spy movie franchise won’t be filling the vacancy anytime soon, Ryan Reynolds has recently let the whole world know that he’s open to becoming the next James Bond.

In an interview with The Times of London, Reynolds, who is best known for his role as Deadpool in the Marvel Cinematic Universe, shared that if the producers of the film series about a British spy can accept a Canadian actor like himself for the part, then he would happily consider stepping into the agent’s shoes.

“I hear they’re looking for a new Bond. Could you accept a Canadian sipping gin and tonic instead of a martini? If so, I’m interested,” Reynolds said.

Prior to Craig, James Bond was previously played on the big screen by Sean Connery, David Niven, George Lazenby, Roger Moore, Timothy Dalton, Barry Nelson, and Pierce Brosnan. And it’s worthy to note that not all of them have British roots. For instance, Lazenby was Australian, while Brosnan is Irish American, and Nelson was born in California. So, even though it’s rare to see a non-English James Bond, having a Canadian actor play the popular British spy is completely possible.

Just last September, Debbie McWilliams, long-time casting director for the spy franchise, revealed some of the qualities a James Bond actor should possess, and it seems like Reynolds has all those prerequisites.

“It’s somebody who can hold their own, who is attractive, physical, capable of taking on not just the part but all the razzmatazz that goes with it,” McWilliams told Entertainment Weekly of what kind of actor they’re trying to cast for the role of James Bond. “It’s quite a tall order, and it can live on with somebody for long after they’ve played the part, although I think it’s not so defining now as it used to be.”

While this appears to be the first time Reynolds has publicly expressed his interest in playing James Bond, the actor had nearly been cast as Agent 007 in a remake of For Your Eyes Only. Back in 2015, indie filmmakers Lee Demarbre and Ian Driscoll told The CBC (via The Guardian) that they wanted to make a Canadian adaptation of the underrated 1981 James Bond movie starring Moore, and Reynolds was the candidate to star in the so-called “arthouse James Bond” movie.

Due to a loophole in the Canadian copyright system, Ian Fleming’s works are considered public domain in Canada, so Demarbre and Driscoll would have technically been able to adapt For Your Eyes Only without any issues. That same loophole, however, would have shut this movie out of release in the U.S., where the Berne Convention is enforced. For those who are unfamiliar, the Berne Convention is the copyright agreement that starts a 70-year countdown until an artist’s works can go into the public domain.

Whether or not Reynolds would end up playing James Bond in the future, fans can see the actor in a number of action movies similar to James Bond films. These include Hitman’s Wife’s Bodyguard, 6 Underground, and Red Notice, which is the most watched original Netflix movie to date.