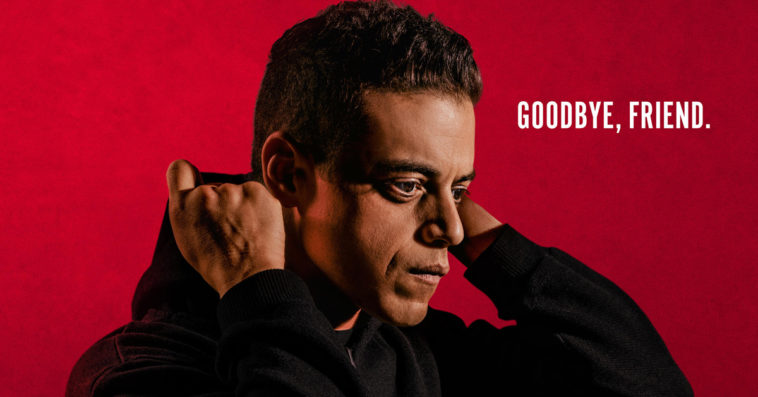 The premiere date for Mr. Robot’s fourth and final season has been revealed.

The Golden Globe-winning techno thriller is set to return on Sunday, October 6th at 10 p.m. ET on USA Network. The premiere date was revealed in the first full trailer for the final run of the Sam Esmail-created drama, which is comprised of 13 episodes.

The minute-long trailer opens with an eerie rendition of the song Silent Night as it shows New York City decked out in Christmas decorations. But Elliot (Rami Malek) is not in the holiday mood, telling Mr. Robot (Christian Slater) that they “need to get back to work.” The ominous video then flashes shots of a worried-looking Darlene (Carly Chaikin), a crying Angela (Portia Doubleday), and a dead body being loaded into a coroner’s van as Mr. Robot warns Elliot about the dangerous plan he’s about to take.

“If you go down this path, it’ll never end,” Mr. Robot tells Elliot. “It will always be something else — another symbol to destroy, more people to save. This is an endless war. What you’re about to do is crossing a line.”

Elliot’s replies: “It’s a little late for that, don’t you think?”

We've waited long enough. It's time to get back to work.

Watch the first trailer for the Final Season of #MrRobot, premiering 10.6 on @USA_Network. pic.twitter.com/kehE8sWTu8

According to the network’s official synopsis, the final season of the series “will pick up where the third season finale left off, delving into the pros and cons of Elliot hitting ‘send’ on the email that could reverse 5/9.”

In an interview with The Hollywood Reporter following the show’s Season 3 finale in December 2017, Esmail said that Elliot’s commitment to undoing the 5/9 hack — an event that led to a global financial tailspin — will take the series back to its original premise.

“It brings the show back to its initial promise of Elliot wanting to take down the guys behind the scenes who are manipulating society,” Esmail said. “The journey between Seasons 1 to 3 has been about discovering who the real culprits are. The hack was merely a distraction that was co-opted by these people, and it’s finally been revealed and exposed to Elliot. In a weird way, the next season will return back to that initial premise of the show and have Elliot be motivated by that, with this new clarity.”