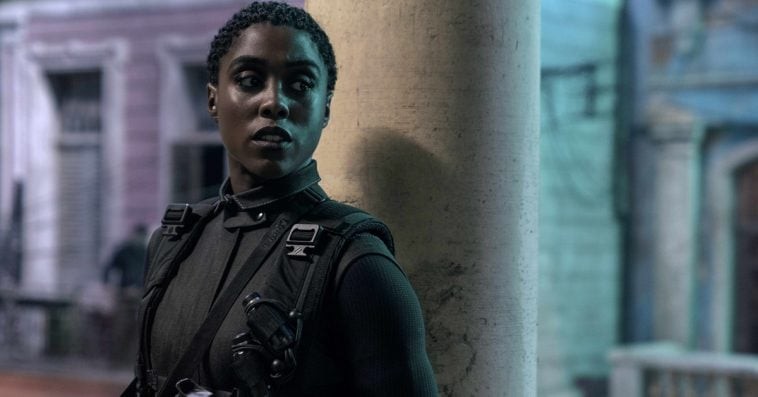 In the previously released first trailer for the spy film No Time To Die, Lashana Lynch’s Nomi confirmed to Bond that she’s a “00” agent who has been put into active service since his retirement two years ago. But apparently, Nomi isn’t just any other “00” agent, because she’s actually succeeded Bond in the 007 mantle since he ran off to Jamaica for some peace and quiet at the end of the last Bond film, Spectre.

This surprising detail was recently confirmed by Fandango in a tweet with an exclusive image of Bond and Nomi from the movie:

.@LashanaLynch is welcomed to the @007 ranks in this exclusive image for #NoTimeToDie

Though this exciting plot twist has just been made official, rumors about it actually started back in July when the Daily Mail published a report claiming that the next 007 is actually Lynch.

“There is a pivotal scene at the start of the film where M (Ralph Fiennes) says ‘Come in 007’, and in walks Lashana who is black, beautiful and a woman,” a movie insider said at the time. “It’s a popcorn-dropping moment. Bond is still Bond but he’s been replaced as 007 by this stunning woman.”

The source added: “Bond, of course, is sexually attracted to the new female 007 and tries his usual seduction tricks, but is baffled when they don’t work on a brilliant, young black woman who basically rolls her eyes at him and has no interest in jumping into his bed. Well, certainly not at the beginning.”

As seen in the trailer, Bond and Nomi don’t really get along well, with the latter even threatening to shoot the former if he interferes with her own plans. “The world’s moved on, Commander Bond,” Nomi tells Bond in the trailer. “So stay in your lane. You get in my way, I will put a bullet in your knee.”

Directed by Cary Joji Fukunaga, No Time To Die sees Bond coming out of retirement after his friend and CIA officer Felix Leiter (Jeffrey Wright) enlist his help in the search for a missing scientist. When it becomes apparent that the scientist was abducted, Bond must confront a danger the likes of which the world has never seen before.