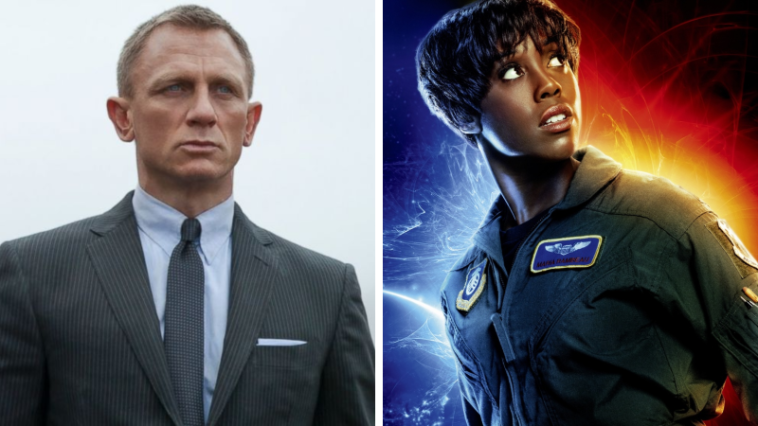 With Daniel Craig speculated to be stepping down as James Bond, rumors have been spreading about who could be taking up the mantel. For a while, many assumed that it might be Idris Elba, but that speculation was subsequently shot down by the actor himself. Now it looks as though Lashana Lynch, best known for her role in Captain Marvel, may be playing the part. While Lashana Lynch will likely not be taking the eponymous James Bond name, reports suggest that she will have the designated 007 codenames.

Reports suggest that Daniel Craig’s 007 will be retired at the beginning of James Bond 25. According to the rumors, MI6 forces him out of retirement to face a threat that they’re unable to deal with themselves. Recent casting would leave many to believe that the villain will be portrayed by Rami Malek, whose known for portraying Freddy Mercury in the Queen biopic.

Naturally, the hiring of Lashana Lynch as 007 has been received a large amount of attention across social media. While some of the reactions to this news has been negative, many have praised it as an exciting way to keep the franchise going without recasting James Bond himself. Multiple films in the franchise have tried to explain the 007 designation as a role that was passed from agent to agent. An initial draft of Skyfall, for example, reportedly had Javier Bardem’s villain as a former 007.

Lashana Lynch’s casting means that she’ll likely be featured in James Bond 25. Outside of Lynch, Craig, and Malek, a few other names have been attached to the film. Most recently, Christoph Waltz has been confirmed to return in his role as Blofield.