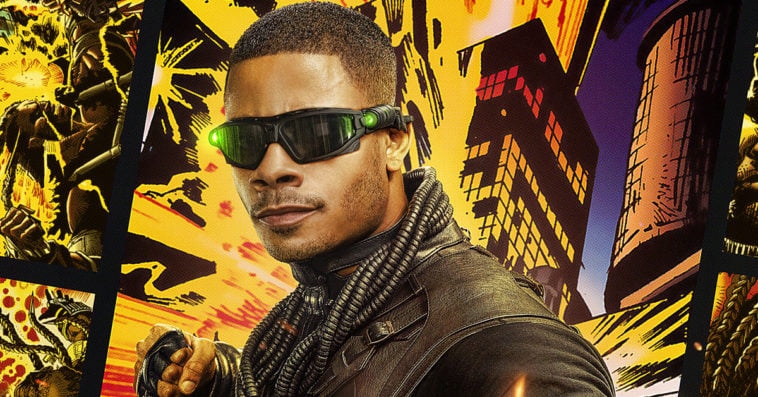 The CW is looking to expand the world of Black Lightning with a backdoor pilot for a potential spinoff around Jordan Calloway’s character Painkiller.

The planted spinoff pilot will air as the seventh episode of Black Lightning season 4, which is set to premiere in February 2021. Black Lightning creator Salim Akil will write, executive produce, and direct the pilot. Berlanti Productions, which produces Black Lightning and other Arrowverse series, is not involved.

In the Painkiller spinoff, the titular character, who also goes by the name Khalil Payne, leaves Freeland City after being used as a weapon by Tobias Whale, Agent Odell, and the shadowy ASA. Ridden with the guilt of his troubled past, Khalil heads to Akashic Valley to find peace. “But peace never comes easy for men with pasts like his,” reads a portion of the logline for the project. “As his violent, destructive history crashes his idyllic new beginning, Khalil is thrust back into action with a new mission – bring justice where he once gave out punishment – but to do that, he will first have to deal with and harness his darker side.”

Created for DC by Tony Isabella and Eddie Newell, Painkiller first appeared in comics in 1995. He gets his superhero moniker from his ability to numb the senses of his enemies.

Calloway shared the news of the pilot order on Twitter with a GIF that says “I’m thankful.”

Calloway has appeared in all three seasons of Black Lightning. He recurred in season 1 before getting promoted to series regular in season 2. His other acting credits include Nickelodeon’s Unfabulous, NBC’s ER, Freeform’s Beyond, Hulu’s Freakish, and The CW’s Riverdale.

The Painkiller spinoff comes after Arrow and The 100 each aired a backdoor pilot in their final seasons: the Green Arrow and the Canaries and The 100: Second Dawn, respectively. Neither of two has been picked up so far. And just last month, it was revealed that the CW is developing a Nancy Drew spinoff centered on iconic inventor Tom Swift.

The fourth season of Black Lightning premieres on Tuesday, February 8th, 2021 at 9 p.m. ET on The CW.