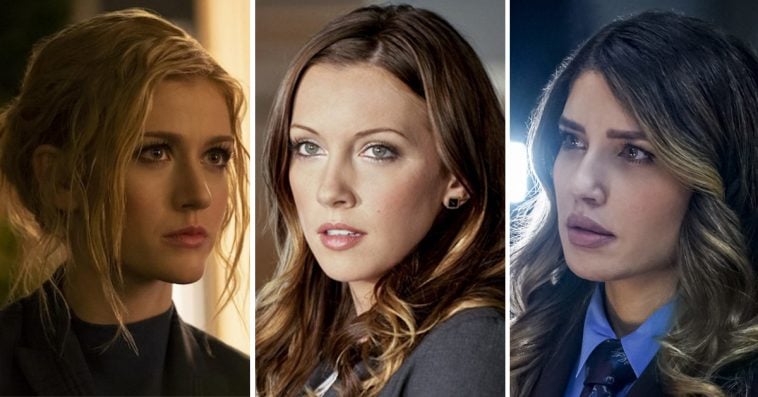 The CW is planning to further expand the Arrowverse with a new female-led Arrow spinoff.

An episode of the upcoming eighth and final season of Arrow will serve as the spinoff’s backdoor pilot, which will be co-written by showrunner Beth Schwartz, Marc Guggenheim, Jill Blankenship and Oscar Balderrama. The quartet will also serve as executive producers along with Greg Berlanti and Sarah Schechter of Berlanti Productions, which produces all of network’s DC Comics series in association with Warner Bros. TV.

Plot details about the spinoff are scarce. But given the list of characters that will be featured in the offshoot, the potential series will likely be set in the future, much like the Season 7 episode of Arrow titled Star City 2040, which put the spotlight on Oliver (Stephen Amell) and Felicity’s (Emily Bett Rickards) now grown-up daughter Mia; Diggle (David Ramsey) and Lyla’s (Audrey Marie Anderson) adopted son Connor (Joseph David-Jones); Dinah; and a few others that eventually made up Future Team Arrow.

This offshoot appears to be the project that The CW president Mark Pedowitz was talking about last August at the Television Critics Association press tour, where he suggested that he’s open to continuing the story of Arrow with a new spinoff. “Nothing is ever 100 percent done. You learn that over time,” Pedotwitz told reporters at the time.

When asked if fans could see an Arrow spinoff set in the future, which would build off of the flash-forwards already in place on the series, the network brass said: “There’s a possibility, but we haven’t had a discussion about what that storyline will do as [we plot the] next generation [of DC shows]. There is another property we’re looking at for the following season.”

While The CW has yet to decide whether it would move forward with the spinoff after the release of its backdoor pilot, McNamara, Cassidy, and Harkavy all took to Instagram to express how grateful they are for the project.

LADIES… let’s do this!!! Words cannot express how grateful I am to have the both of you by my side! We got this! #GirlPower @julianaharkavy @kat.mcnamara

My deepest, sincerest thanks and congratulations to the incredible, hardworking dream team behind this dream come true. Excited and grateful beyond words. Now let’s go kick some ass!!! 💪🏽🙌🏽🖤🎉

Arrow Season 8 will premiere on Tuesday, October 15th at 9 p.m. ET on The CW.