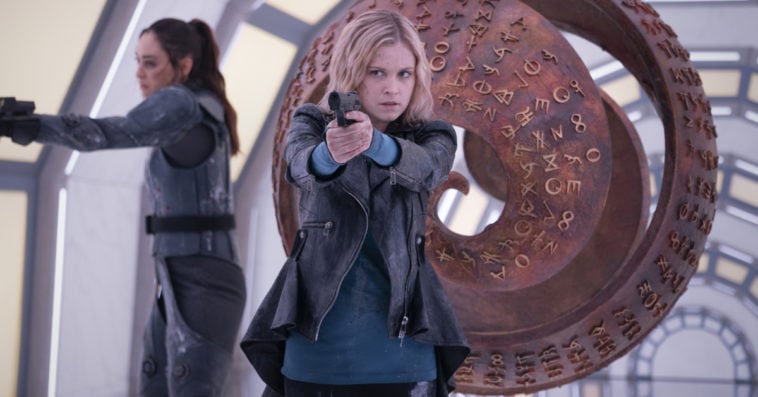 According to Deadline, The CW and Warner Bros. reportedly explored the idea of The 100 prequel running jointly on The CW and HBO Max. Following the end of the network’s output deal with Netflix and with all newer CW series now streaming on the WarnerMedia-owned over-the-top media service, that plan was considered a viable possibility and could still happen for The 100 prequel.

Original Story (October 1st, 2020): The fate of the proposed prequel spinoff to The 100 remains up in the air.

In a recent interview with TVLine, The 100 creator Jason Rothenberg said that talks on whether or not the project will be picked up to series are still ongoing. “The conversations are now happening at such a high level, they don’t include me,” Rothenberg shared. “I hope to get a call one of these days and get some good news about it. I’d love to be able to continue those adventures. I love those actors [in the backdoor pilot] and I love the world of the show so much.”

Though Rothenberg told Deadline that it “would be great to announce … this week” if the spinoff would be moving forward, he doesn’t think the future of the project will be decided soon. “If there’s any good news, it’s just that they’re still talking about it,” he said in a separate interview with Comic Book Resources. “To me, that’s good news. We have a pulse.”

The spinoff, potentially titled The 100: Second Dawn, is set 97 years before the events of the original series. The 100 season 7, episode 8, titled Anaconda, served as the backdoor pilot for the spinoff and introduced Cadogan’s (John Pyper-Ferguson) daughter Callie (Iola Evans) and son Reese (Adain Bradley), who have very different opinions about their father. Should the project get ordered to series, Rothenberg said that it will be some sort of Cain and Abel story between Callie and Reese.

Unfortunately for fans, there’s a very slim chance that any of the original characters from The 100 will pop up in the spinoff even if time warp and time travel were previously used as narrative tools in the mothership series. “I don’t think we’ll see the characters from the original show. I mean, again, I would say never just because you don’t know what’s going to happen if you are lucky enough to run for a while,” Rothenberg told Deadline. “Some of the actors have already tried to make the pitch that their great-great-grandfathers and grandmothers look exactly like them. I doubt that’s going to happen. We’ll see.”

Rothenberg also mentioned that some of his plans for the spinoff include “Lost-style flashback episodes” to pre-apocalypse times, as well as a plotline that will get the new characters up to space at some point. “I do know that one of the things I want to do is get it back up to space because concurrent with the timeline of the prequel, what’s happening in space is all the space stations, that were separate at the time of the nuclear holocaust, are coming together to form the ark,” he told Deadline. “So, up there is where we would meet the great, great, great grandmother and grandfather of all of our heroes, Clarke’s (Eliza Taylor) great grandparents, great-great grandparents, Bellamy’s (Bob Morley), Octavia’s (Marie Avgeropoulos), obviously, and so we could tell a story that way.”

Interestingly, even though The 100 and the backdoor pilot for the spinoff aired on The CW, there’s also a chance that the latter will be picked up to series by a different network or streaming service. When asked by Deadline if the spinoff could land at HBO Max, Rothenberg said: “I wish I had good answers for you. What I can say is in terms of whether or not it’s going to happen is that there are discussions that are still happening at the highest level. You know, I think probably I’d be talking out of turn if I mentioned where those conversations were happening, unfortunately, but there is a chance, a good chance, I guess, that it could come back.”