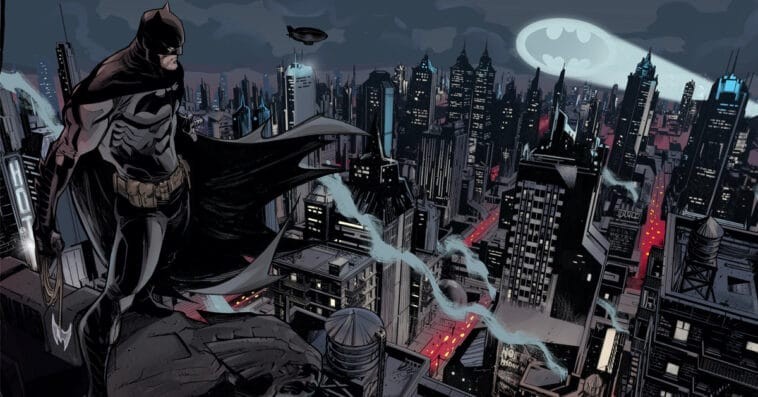 Another Gotham-set, DC Comics-inspired TV series is in the works at The CW.

Titled Gotham Knights, the potential series will follow Bruce Wayne’s son as he teams up with the children of various Batman villains following the Caped Crusader’s murder. Though the project is being developed by Batwoman writers Chad Fiveash, James Stoteraux, and Natalie Abrams, Gotham Knights is not a spinoff of the Javicia Leslie-led series.

Here’s the official logline for the Gotham Knights series: “In the wake of Bruce Wayne’s murder, his rebellious adopted son forges an unlikely alliance with the children of Batman’s enemies when they are all framed for killing the Caped Crusader. And as the city’s most wanted criminals, this renegade band of misfits must fight to clear their names. But in a Gotham with no Dark Knight to protect it, the city descends into the most dangerous it’s ever been. However, hope comes from the most unexpected places as this team of mismatched fugitives will become its next generation of saviors.”

As is the case with most DC series on The CW, Gotham Knights will be produced by Warner Bros. Television and Berlanti Productions. In addition to writing the script with Abrams, both Fiveash and Stoteraux will also serve as executive producers on the project with Greg Berlanti, Sarah Schechter, and David Madden of Berlanti Productions.

Aside from writing for Batwoman, Fiveash and Stoteraux are currently serving as executive producers on Batwoman and both have writing credits on Fox’s Gotham, Syfy’s Krypton, The CW’s The Vampire Diaries, and ABC’s Switched at Birth. Meanwhile, Abrams, who will also serve as co-executive producer on Gotham Knights, has previously penned episodes for Supergirl and All American, in addition to Batwoman.

If picked up to series, Gotham Knights will join The CW’s lineup of DC series, which currently includes Batwoman, The Flash, Legends of Tomorrow, Stargirl, Superman & Lois, and Naomi, which is set to premiere on January 11th, 2022.