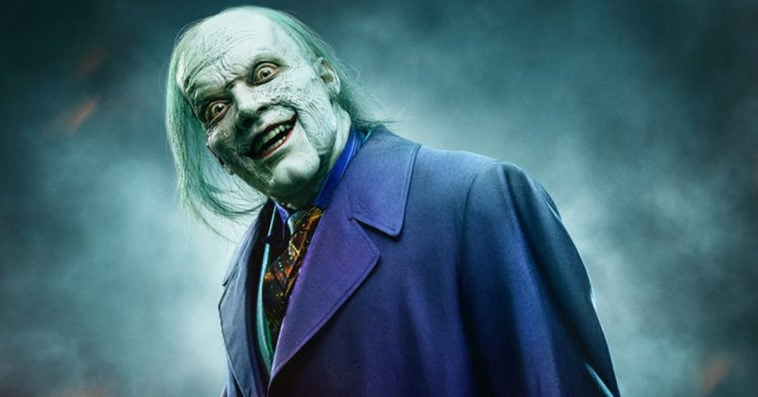 Gotham has finally revealed its own version of the Joker.

On April 1st, Fox released a teaser and an image for Gotham’s final two episodes that both feature Cameron Monaghan in full Joker makeup and costume.

The 30-second clip begins with a glance at Gotham’s cityscape followed by a quick shot of Arkham Asylum’s entrance. Inside the psychiatric hospital, we see Monaghan’s character in a deranged state, dressed in the facility’s attire for patients. As the camera zooms in to his face, the teaser suddenly cuts into a brand new scene, in which Monaghan’s Jeremiah Valeska is seen in full-on Joker makeup and costume. His disfigured look, plus his hair-raising evil laugh makes him a very disturbing iteration of the iconic Batman villain.

According to Nerdist, Gotham’s version of the Clown Prince of Crime is partly inspired by the old and bitter Joker from the Dark Knight Returns. It is also reminiscent of the older version of Mister J, hooked up to an oxygen tank and losing his hair, in comics like Batman Beyond and Justice Society of America.

Though the video teaser and the photo were both unveiled on April Fools’ Day, Monaghan’s debut as the Joker in the final two episodes of Gotham doesn’t seem to be a joke, considering David Mazouz’s Batman has already been confirmed to appear in the last remaining episodes of the series. 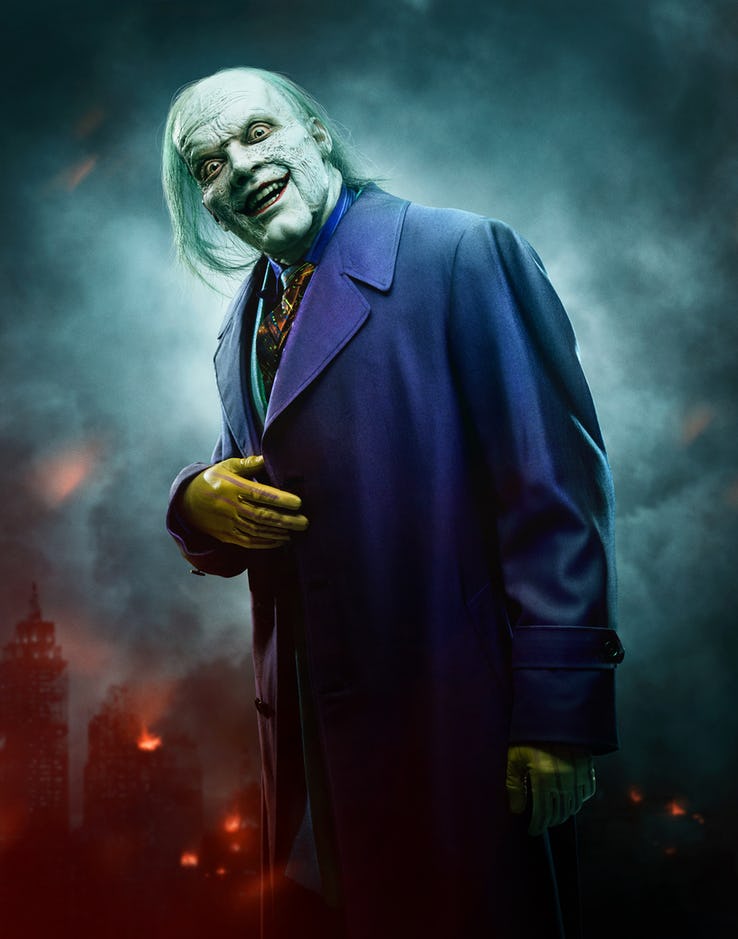 Gotham has been teasing the Batman v Joker dynamic and building towards it with the younger version of these characters since the early seasons of the show. And with the previously announced 10-year time jump at the end of the series, fans will likely witness another version of the iconic battle between Batman and the Joker.