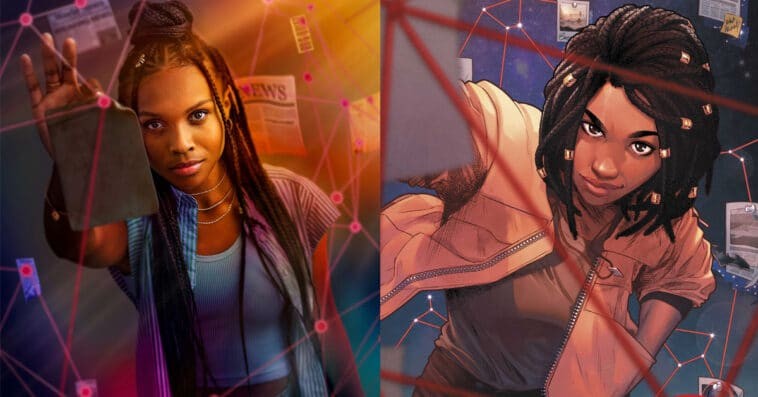 DC’s Naomi is officially a series at The CW.

The network announced on Monday that it has picked up Naomi to series, five months after it was first reported that Ava DuVernay is developing a live-action show based on the titular DC Comics character.

Shortly after The CW’s announcement, DuVernay ― who is writing and executive producing Naomi with Arrow’s Jill Blankenship ― took to Twitter to confirm the show’s pickup. Check out DuVernay’s tweet below, along with some behind-the-scenes photos of Kaci Walfall (Army Wives) as Naomi.

The origin story of a new hero. NAOMI is now officially a series at @TheCW! Many hands/hearts went into bringing this saga to the screen. Thanks to my creative ace Jill Blankenship, the teams at @ARRAYNow + @warnerbrostv, and the extraordinary @kaciwalfall, our Naomi. You shine! pic.twitter.com/gUfh8S5u5k

Based on the critically acclaimed comic series of the same name by Brian Michael Bendis, David F. Walker, and Jamal Campbell, Naomi “follows a teen girl’s journey from her small northwestern town to the heights of the Multiverse. When a supernatural event shakes her hometown to the core, Naomi sets out to uncover its origins, and what she discovers will challenge everything we believe about our heroes.”

First introduced in Bendis, Walker, and Campbell’s six-issue miniseries that debuted in 2019, Naomi has since made guest appearances in other Bendis-written titles like Action Comics and Young Justice. Her own story, however, remains largely unexplored. Since Naomi doesn’t have a deep well of comic book storylines to draw from, viewers can expect the series to be very different from most DC superhero shows on The CW like The Flash, Batwoman, and Superman & Lois.

In fact, Warner Bros. TV Group Chairman Channing Dungey described Naomi as “a totally new take on DC superhero genre for The CW” with Walfall being “a superstar.”

Naomi doesn’t have an exact release date yet but it will be part of the CW’s 2021-22 broadcast season lineup.