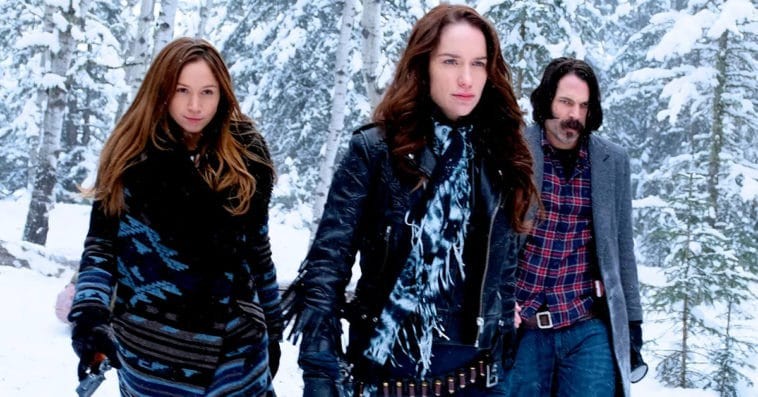 When asked to describe the upcoming season, Barrell, who plays Officer Nicole Haught, called it a “love story.” Provost-Chalkley, who portrays Waverly Earp, described Season 4 as “refined,” while Doc Holliday actor Rozon said that it’s “from the heart” and is “overdue.”

Apparently, Season 4 is long overdue that Barrell had a hard time getting back into the character of Nicole. “I really struggled in Season 4,” admitted the actress. “[Because, in this season,] we find Nicole in a place that we don’t see her a lot, and so it was [difficult] getting back into Nicole, and then getting into this energy of Nicole that I don’t play often.”

To overcome this hurdle, Barrell said that he “leaned on” series star Melanie Scrofano “a lot”, who was directing an episode at that time. “I remember just being like, ‘I don’t know. I feel so disconnected and I’m having a hard time knowing the tone of this and how to play this,’” Barrell recalled “[And Mel] was so incredibly helpful and I just leaned into trusting her.” When asked if this means that viewers will finally see a darker side to Nicole next season, Barrell answered, “I plead the fifth!”

Rozon was also tight-lipped about Doc’s storyline in the new season, saying that he’s “not at liberty to disclose such information.” He, however, did say that he’s really, really happy about what’s happened so far in Season 4.” He also praised the writers, saying that they’ve “done an incredible job this year,” adding that he’s “really happy with where the character is going and growing.” As for what fans can expect Doc’s relationship with Scrofano’s Wynonna Earp, the actor simply said, “I think it’s a story about love so it doesn’t mean that it’s going to be easy.”

Like most shows, filming on Season 4 of Wynonna Earp, which takes place in Calgary, Alberta, was shut down last month amid the COVID-19 pandemic. According to Provost-Chalkley, they were already “halfway through the season” when the production was suspended. “We all went home to our hometowns [once the production got orders to shut down],” the actress said. “And it almost just feels like it’s been an extended break.”

Provost-Chalkley, however, admitted that the production shutdown felt “a little bit daunting” especially after she had anxiety over the fact that the show had fought so hard to come back following last year’s long delay in production due to financial problems.

The 12-episode Season 4 of Wynonna Earp is originally scheduled to premiere this summer on Syfy. But given the current pandemic, its release date will likely be pushed back.