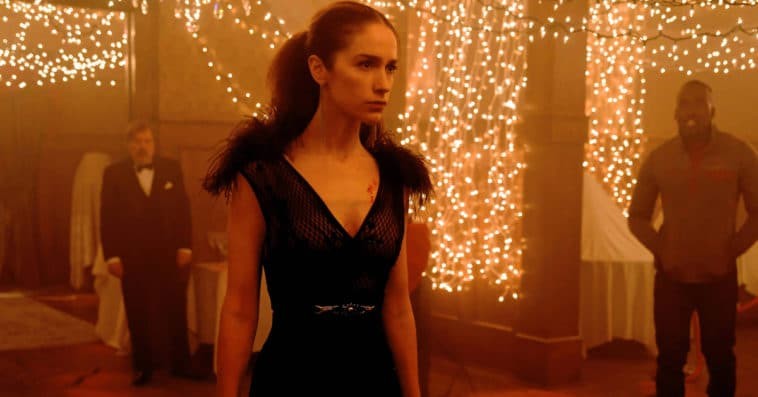 Though production on Wynonna Earp season 4 was suspended last March due to concerns over the spread of the coronavirus, it looks like the Syfy series is sticking with its original plan to kick off its new season this summer.

On Wednesday, the supernatural horror series released two first-look photos for season 4 via Entertainment Weekly. The first picture features Melanie Scrofano (Wynonna Earp) and Katherine Barrell (Nicole Haught), while the second one shows Tim Rozon (Doc Holliday) and Dominique Provost-Chalkley (Waverly Earp). Both photos don’t really provide any plot details about season 4, but the fact that they were unveiled a few days after summer officially began suggests that the new season is just around the corner.

A lot of Wynonna Earp fans, aka Earpers, are also convinced that an exact premiere date for season 4 will be announced on Friday, July 26th. As revealed in a post by the show’s official Twitter account earlier this week, Syfy is teaming up with BuzzFeed on Friday at 2:45 p.m. ET for a virtual Happy Hour and a surprise announcement that could possibly be the show’s official return date.

Dust off your cowboy hats, #Earpers, because it's time we all got a little more Earp in our lives.

Join @SYFY and @Buzzfeed this Friday at 2:45 PM EST for a virtual Happy Hour and a surprise announcement you do ? not ? want ? to ? miss ? #WynonnaEarp https://t.co/7r2jtwXA0K pic.twitter.com/I2kJwcWh9p

If season 4 does premiere this summer, it’s likely that only the first half of the 12-episode season will air on Syfy, as Provost-Chalkley revealed at HomeCon last April that they were just “halfway through the season” when the production was suspended.

Plot details about season 4 are very limited, but a brief description of the new season from TV Insider revealed that even though the infamous Earp Curse has finally been broken, Wynonna has no time to celebrate in the upcoming season, as she still needs to rescue everyone she loves, save the town of Purgatory, and take on her most demonic enemy yet without her trusty gun, Peacemaker.