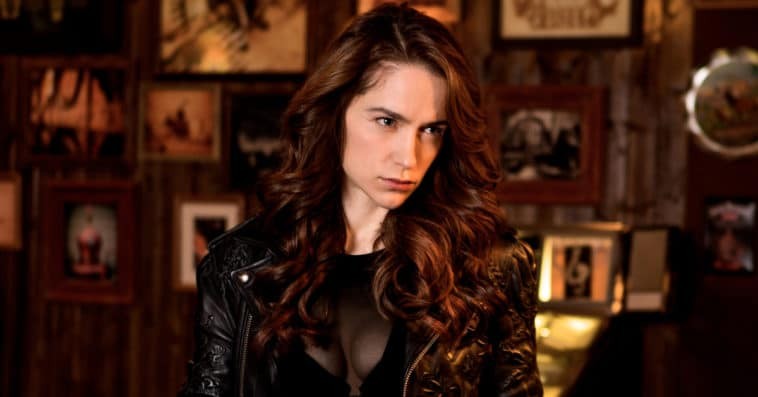 Melanie Scrofano has a brand new role in the much-awaited Season 4 of Wynonna Earp.

Syfy, CTV Sci-Fi, IDW Entertainment, SEVEN24 Films, and Cineflix Media have recently announced that Scrofano, in addition to reprising the titular role, is also set to make her directorial debut in the upcoming season of the supernatural drama.

“I’m very excited to bring my experience as Wynonna Earp to the director’s chair for an episode of Season 4,” Scrofano said in a statement. “I’ve had the great luck to learn from some of the best directors and showrunners in the business and hope that viewers will enjoy the episode as much as I’ve enjoyed directing it.”

Showrunner and executive producer Emily Andras thinks that it makes total sense for Scrofano to direct an episode of Wynonna Earp. “There is literally no one else who knows what makes Wynonna Earp tick better than Melanie Scrofano,” Andras explained. “Her enthusiasm, ingenuity, and diligence — not to mention the fierce loyalty of her cast and crew — make her a natural fit for the director’s chair.”

Scrofano’s costars Dominique Provost-Chalkley and Katherine Barrell couldn’t agree more, both pointing out that it didn’t seem like it was her first time in the director’s chair.

“Working with Mel as a director has been amazing. It’s sort of like she’s been doing this the whole time,” Provost-Chalkley, who plays Waverly Earp, said of Scrofano in a behind-the-scenes featurette that the network released alongside the official announcement.

“[It’s] such a joy to have Mel as a director,” adds Barrell, who portrays officer Nicole Haught. “I keep forgetting that it’s her first time because she just has such a natural way. It’s like really empowering and inspiring.”

Of course, Scrofano is thankful for all the love the cast and crew have been showing her as a director. “I’ve never felt so supported by people,” she said. “But I’ve also never trusted myself more. I really thought I’d be scared — and I was — but it was like, well this could go either way: I could be scared and really fall on my face or I could be scared and trust myself and just do it. And that’s what happened. It was really fun to be able to tell the story of Wynonna and of these characters from a female perspective.”

Scrofano is the second woman to direct an episode of Wynonna Earp. The first one is April Mullen, who has already directed four episodes of the series since Season 2.

In Season 4, though the infamous Earp Curse has finally been broken, Wynonna has no time to celebrate, as she has yet to rescue everyone she loves, save the town of Purgatory, and take on her most demonic enemy yet without her trusty gun, Peacemaker.

The 12-episode Season 4 of Wynonna Earp premieres this summer on Syfy.