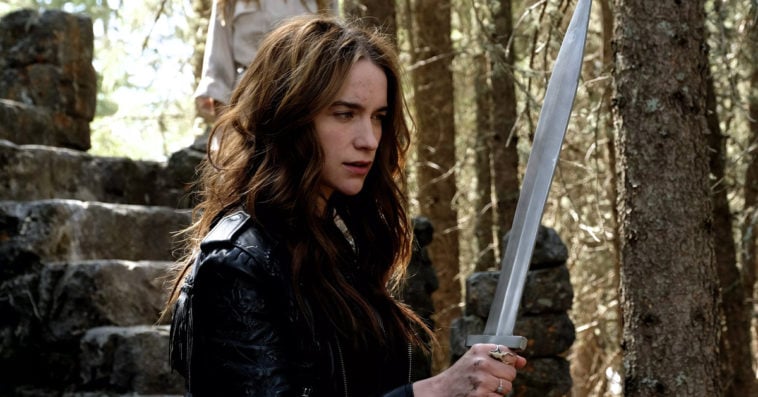 The fourth season of the supernatural Western horror series Wynonna Earp is finally back on track.

Several months after a lack of funding from producer IDW Entertainment delayed the show’s Season 4 production, the Melanie Scrofano-led series from showrunner Emily Andras is now all set for a 2020 summer debut on Syfy in the U.S. and on Space in Canada.

IDW Entertainment announced on Tuesday that filming on the fourth season — which was supposed to start months ago — is scheduled to begin later this year. While the production company didn’t give an exact date, filming is expected to kick off as soon as new deals with the cast are completed.

Dear Earpers,
We’re very pleased to announce WE ARE ALL IN for another season of #WynonnaEarp & wanted you to know how much we appreciate everyone who’s rallied behind the show & kept the faith.
Thank You! #Victory4Wynonna! pic.twitter.com/grEADnMa9Z

“Wynonna Earp – the series, the comics, the characters, the story and the fans are all deeply important to IDW so we are thrilled to be able to continue to tell the Wynonna story,” said IDW Entertainment president Lydia Antonini. “From the very beginning, the fans have embraced the series and have transformed their passion into an inclusive community built upon empathy and support, as well as whiskey and donuts. We are grateful to have partners who were able to help us bring it back for a fourth season so that we can continue to serve the dedicated Earpers, and entertain fans everywhere.”

According to Deadline, Syfy stepped up and agreed to pay a higher license fee for Season 4 than what it is contractually obligated just to help get the season made. Sources told The Hollywood Reporter that the show’s Canadian distributor Space did the same, though Syfy remains IDW Entertainment’s biggest financial partner in the show.

“Syfy has never wavered in its support of Wynonna Earp, a unique and important series with some of the most passionate fans anywhere. To our Earper friends: Thank you for your patience and faith as we worked with our partners to ensure that Wynonna can get back to where it belongs … on Syfy,” the network said in a statement.

Moreover, IDW Entertainment recently partnered with Cineflix Studios as a co-producer on the series. As part of their deal, Cineflix Rights will sell all four seasons of Wynonna Earp in international markets, which is expected to help fix funding issues that ultimately prevented the show from returning to the small screen this year.

The said funding issues first surfaced in late February, and Wynonna Earp fans, aka the Earpers, quickly launched a campaign to ensure that the show would return for a fourth season. Earpers bought several billboard spaces in Times Square with the hashtag #FightForWynonna in a bid to help raise awareness for the series and encourage IDW Entertainment to find a way to bring the show back.

Now that the Earpers have won the fight, various news outlets called the outcome of their efforts a TV miracle.