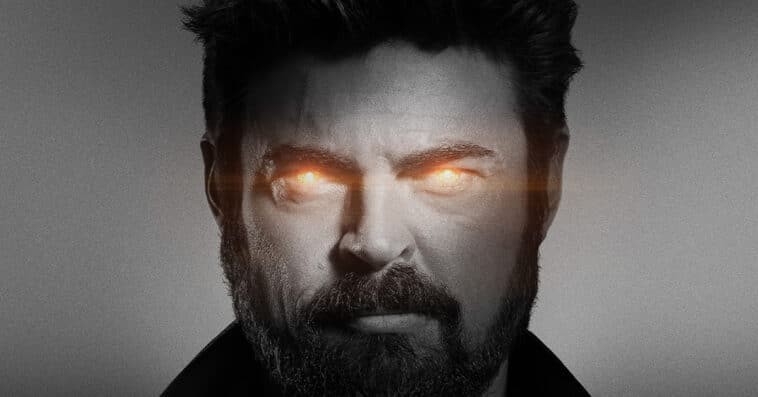 Plot details about The Boys season 3 are being kept under wraps, but a new poster for the show’s summer return seems to suggest that Billy Butcher (Karl Urban) is getting some superpowers.

Unveiled on the show’s social media accounts on Thursday, the poster in question shows Butcher staring straight at the camera with glowing yellow eyes, giving the impression that he now has heat vision just like his archenemy, Homelander (Anthony Starr).

The poster even comes with the caption, “Soon, it’ll be time to level the playing field,” indicating the possibility that Butcher and the rest of The Boys will be fighting fire with fire against the corrupted members of The Seven in the next season of the hit superhero series.

Soon, it’ll be time to level the playing field. pic.twitter.com/SSbJxgGsut

Though Amazon’s live-action adaptation of The Boys has deviated from the comics it is based on, this potential plot development actually alludes to a major twist in the source material.

At some point in the comics, Butcher, along with other members of The Boys, took shots of the enhancement drug Compound V, which gave him superhuman strength and durability, allowing him to casually injure and kill superhumans as well as regular humans.

Despite enhancing his natural strength with Compound V, Butcher never became a full-pledged supe in the comics, as the notion of him becoming one never came to his mind since his rage against the Seven, and Vought as a whole, was what really motivated him to take them all down.

What will happen in The Boys season 3?

Aside from Butcher potentially getting superpowers in season 3, the upcoming batch of episodes will also introduce new supes like Soldier Boy (Jensen Ackles) and Crimson Countess (Laurie Holden).

“Season 3’s fun because it’s not just about Soldier Boy, but it’s about the team he was a part of which is called Payback,” series creator Eric Kripke told Collider last December. “And Laurie Holden plays Crimson Countess and there’s a bunch of other heroes who are amazing. So, [season 3 is] sort of seeing who was the Seven before the Seven. And what was life like for Vought? In the history of Vought, what was it like in the 60s and 70s and 80s? To dig into the history of the world, not just the present has been a lot of fun.”

The Boys season 3 will also include an episode dedicated to Herogasm, a provocative miniseries from the Boys comics.

Herogasm’s live-action adaptation will be featured in season 3, episode 6 of The Boys, penned by Jessica Chou.

When will The Boys season 3 come out?

The eight-episode season 3 of The Boys will premiere on Amazon Prime Video on June 3rd.