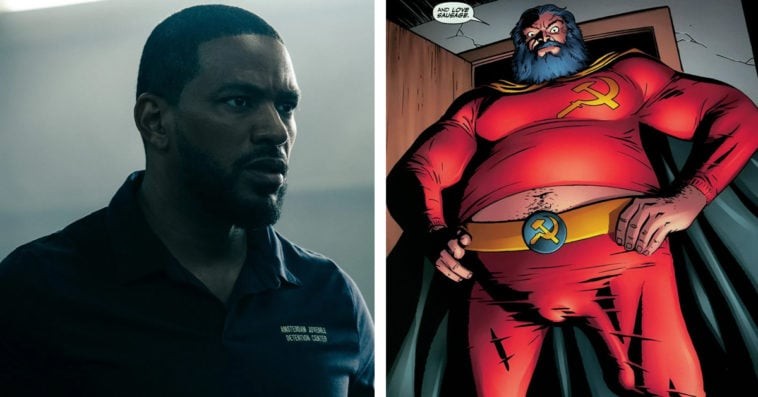 Amazon’s The Boys shocks fans with its unapologetic graphic scenes of sex and violence every episode, and its latest season 2 installment, The Bloody Doors Off, is no exception. While the hour features a lot of jaw-dropping and disturbing moments, the most talked-about scene from the episode is the one that involves the live-action version of the comic book character named Love Sausage. The scene in question is so disgusting and funny at the same time that the streaming service decided to share it online for everyone to see.

In the episode, Butcher’s (Karl Urban) gang continues to uncover the truth about Stormfront (Aya Cash) in an attempt to finish the investigation Raynor (Jennifer Esposito) started before her brutal death. The group’s efforts lead them to the Sage Grove mental facility, where Frenchie (Tomer Capon), MM (Laz Alonso), and Kimiko (Karen Fukuhara) discover several test subjects being pumped with Compound V at the behest of Stormfront. The trio is just supposed to get CCTV footage that would expose the activities inside the facility, but chaos ensues when they meet Lamplighter (Shawn Ashmore), a former member of The Seven who is now working at the site. The scuffle between Frenchie and Lamplighter leads to the release of out-of-control test subjects into the wild, including a man who vomits acid, a woman who crushes things with her mind, and Love Sausage.

As seen in the clip above, a flailing tentacle breaks into the room where Frenchie, MM, Kimiko, and Lamplighter are hiding. At first glance, viewers would assume that the tentacle is similar to Ben’s superpower from Netflix’s The Umbrella Academy, but when the mysterious tentacle grabs MM by the throat and then gradually retracts up its owner’s trousers after being forcibly removed from MM’s face, it becomes clear that the tentacle is actually Love Sausage’s penis.

In Garth Ennis and Darick Robertson’s comic book series on which the show is based, Love Sausage is simply a well-endowed supe. But in Amazon’s The Boys, the character’s skillset was apparently tweaked, giving him an extendable, prehensile penis.

In a recent interview with Entertainment Weekly, Alonso revealed that the scene wasn’t actually included in the initial script for the episode, noting that it was added late to the production that he thought the crew and his castmates were making fun of him on set.

“We always tease each other, and always on set playing the dozens and cracking jokes. And one day in the makeup trailer, Karl is like, ‘You ready for that penis that’s going around your neck?’ And I’m like, ‘Ain’t no way in the world there is a penis being wrapped around my neck,’” Alonso recalled.

He added, “I let my curiosity get the best of me and when I see that [in the new script], I’m like, ‘Oh my God. Karl is definitely behind this.’ I am almost positive to this day he just pitched that idea to [series creator Eric] Kripke and Kripke with his sick sense of humor was like, ‘It’s great! Let’s do it!’”

New season 2 episodes of The Boys drop on Amazon Prime Video every Friday.