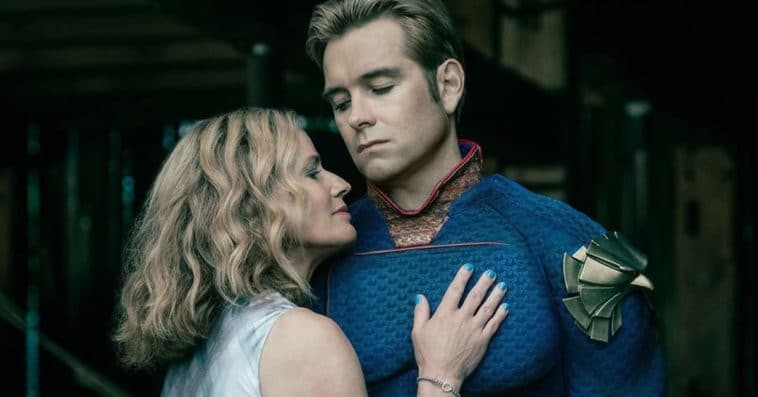 Amazon series The Boys has celebrated Mother’s Day with a look back at the unsettling relationship between Homelander (Antony Starr) and Madelyn Stillwell (Elisabeth Shue).

On Sunday morning, the official Twitter account for the hit superhero show dropped a 24-second compilation video of some of the most disturbing moments between Homelander and Stillwell from the show’s first season that perfectly capture their twisted mother-and-son-like relationship. It includes clips of Homelander sucking Stillwell’s fingers, Stillwell flashing her boobs to Homelander, and Stillwell telling Homelander to take his pants off.

While some people weren’t expecting to see such video on Mother’s Day, a lot of the show’s fans actually found the post funny. Others even praised the series and Amazon for having the guts to share such content on social media. Take a look at some of the reactions to The Boys’ Mother’s Day post below:

Yo THIS of all clips, my lord ?

WHERE THE NEW SEASON AT???

So much cringe – said while eating my cereal ? with my wife’s breast milk.

Plot details about The Boys Season 2 are very limited, but it was revealed last March that the sophomore run is set to introduce Stormfront, a character that’s been gender-swapped for the TV adaptation. In the comics by Garth Ennis and Darick Robertson, Stormfront is a male neo-Nazi, but in the web series, the character will be played by Aya Cash.

Though gender-swapped for the live-action adaption, Stormfront’s motivations will remain similar to that of her comic book counterpart.

“Our version of Stormfront kind of evolves over the season,” series creator Eric Kripke told ComingSoon.net in March. “We’re all news junkies, and we tend to pay attention to things that are happening out there in the world…And I am horrified and sad to report that there is a rise of white nationalism. And it’s taking a very different form than it took in the 40s. It takes a very social media savvy trying to attract young men and women form. And so, we got really interested in creating a character that could represent that for us. And so, as I would say, it’s not the version in the book, but I would say they have the same rotten soul.”

Season 2 has no release date yet, but a report by The Cinema Spot late last month revealed that The Boys has already been renewed for Season 3.