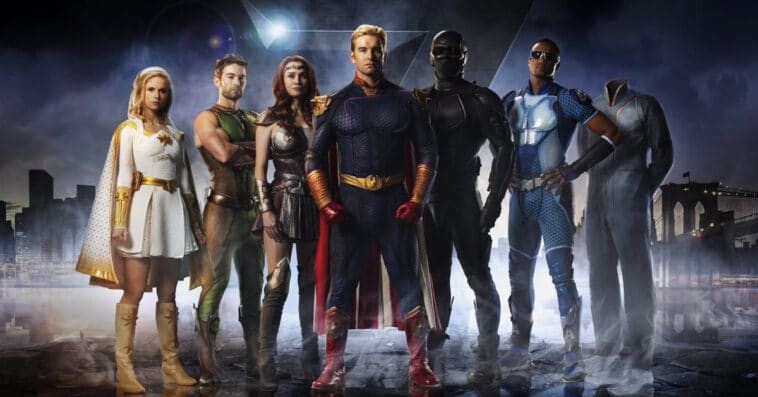 Amazon Studios is ramping up The Boys’ Emmy campaign with a Planet Vought pop-up restaurant that replicates the popular dining spot of the same name featured in the superhero series.

Described as an immersive drive-thru dining experience, the Planet Vought pop-up will operate from June 4th to 6th at the Hollywood Palladium in Los Angeles and will give each carload of guests an exclusive 40-minute experience that includes delicious The Boys-themed food items, “Super” hospitality from Vought International staff, and a lot of in-world surprises.

The Planet Vought pop-up will feature a storyline of its own, giving fans a first-hand taste of the gritty world of The Boys for the first time. Though Emmy voters and The Boys fans will have to stay in their cars throughout the whole experience in accordance with COVID-19 protocols, Amazon Studios guarantees that the pop-up is going to be diabolical, one-of-a-kind event.

“What better way to give everyone a taste of The Boys than by bringing Planet Vought to Hollywood,” Debra Birnbaum, Amazon Studios director of awards, said in a statement. “We’re excited to share this ‘super’ experience with fans and voters alike.”

Showrunner Eric Kripke added: “We here at The Boys are thrilled to launch our latest cash-grab, I mean, brand extension: Planet Vought Hollywood. Guests will experience the thrills of being a real superhero, all while consuming 2000 calories or more. Okay not really, but still, this experience is SO COOL, and will immerse viewers (and frankly, Emmy voters) into the humor and intrigue of the show’s world. And keep an eye out — Butcher (Karl Urban) and the Boys might swing by.”

Fans can reserve a spot for the Planet Vaught pop-up restaurant at Universe.com.

The Planet Vought restaurant chain was first featured in season 2 of The Boys when Homelander (Antony Starr) took his son, Ryan (Cameron Crovetti), to the supe-themed restaurant for some father-and-son bonding. However, Homelander’s fans ended up making the experience traumatic for Ryan.

Filming for season 3 of The Boys is ongoing in Toronto. While an exact release date has yet to be announced, the show could possibly return to Amazon Prime Video in late summer or early fall.