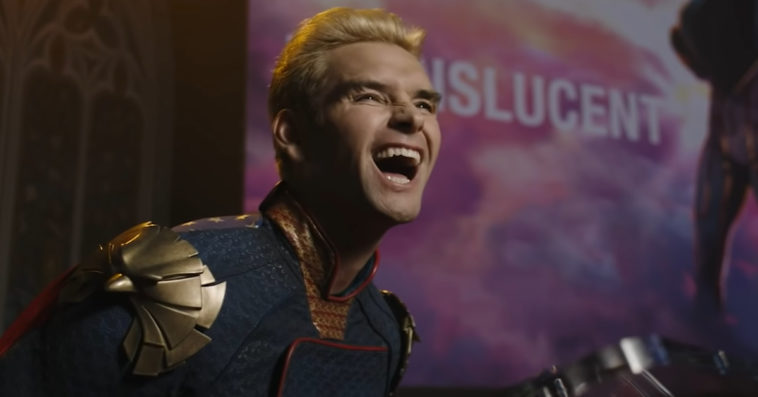 Almost three weeks after The Boys ended its season 2 run, Amazon Prime Video has dropped a blooper reel featuring some of the funniest outtakes from the show’s latest batch of episodes.

Homelander (Antony Starr) may be the most menacing member of The Seven, but the four-minute gag reel reveals that the actor who plays the leader of Vought’s superhero team is one of the giggliest among the show’s cast. As seen in the latter part of the video below, Starr can’t help but burst into laughter multiple times while filming a scene, in which he had to guzzle milk straight from a gallon jug.

The explicit-filled video ended with Bentley, the dog that plays fan-favorite bulldog Terror, taking a dump while filming a scene with Karl Urban (Billy Butcher).

Season 3 of The Boys is set to begin filming in early 2021, and while plot details are being kept under wraps, showrunner Eric Kripke confirmed earlier this month that superhero team Payback ― the twisted version of Marvel’s Avengers in The Boys comic book series ― is making its first live-action appearance next season.

In a Q&A with fans on Twitter two weeks ago, Kripke also said that season 3 is “going to be so f—ing crazy,” before teasing the new installment’s exciting opening sequence. “In the first episode, the first ten minutes of that episode, there is a sequence that I will not give away that literally every time we even talk about it, I cover my mouth. It’s so f—ing bananas,” he said. “But we’re also still going to go deeper into characters and keep exploring and really put characters forward, but f–k man, there’s crazy s–t coming.”

The first two seasons of The Boys are available to stream on Amazon Prime Video.