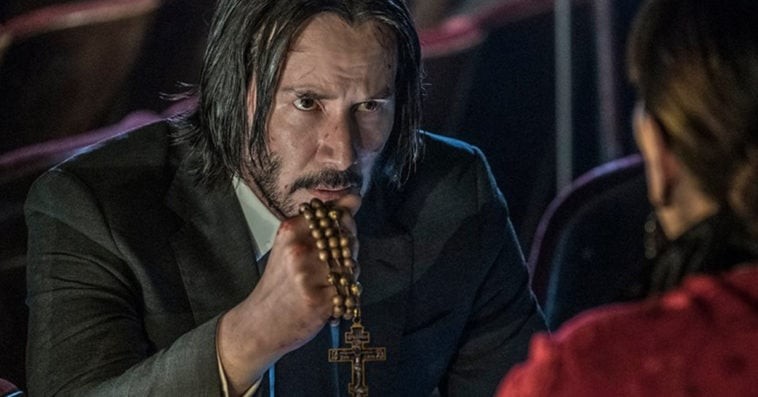 Lionsgate has released a teaser trailer for the highly anticipated third installment of the John Wick film series.

In the suspenseful 10-second video for John Wick: Chapter 3 — Parabellum, Keanu Reeves’ titular hitman is seen running his way out of New York City after his fellow contract killers discovered that he had been excommunicated from the Continental and had subsequently lost the protections the international ring of assassins provides. Though the clip is too short to reveal any substantial detail about the movie, it ends with an announcement that the first official trailer for the Chad Stahelski-directed action thriller will be released today.

The clock is ticking… #JohnWick3 pic.twitter.com/fWKvHuUs1e

In addition to the teaser trailer, Lionsgate also unveiled a new motion poster of John looking through the door of the Continental as well as a clip from John Wick 2, encouraging fans to text a number and get a “one-hour head start,” which is a clear reference to the extra time Ian McShane’s Winston gave John before telling the world that there was a huge bounty on his head after he was banished from the community of killers.

We’ll be seeing you… John Wick: Chapter 3 – Parabellum is in theaters May 17. #JohnWick3 pic.twitter.com/x6rj2FSOhv

If you text the number flashed in the video, you’ll get the following message in return: “Welcome. As an esteemed member, you will be granted access to our finest amenities. We will text you at this number in the days to come. Be prepared.”

And so it begins. Text ‘John Wick’ to 91099 for a one hour head start. pic.twitter.com/cYWFmsViMj

John Wick: Chapter 3 — Parabellum, which also stars Halle Berry, Mark Dacascos, Lance Reddick, and many others, will open in theaters on May 17th.