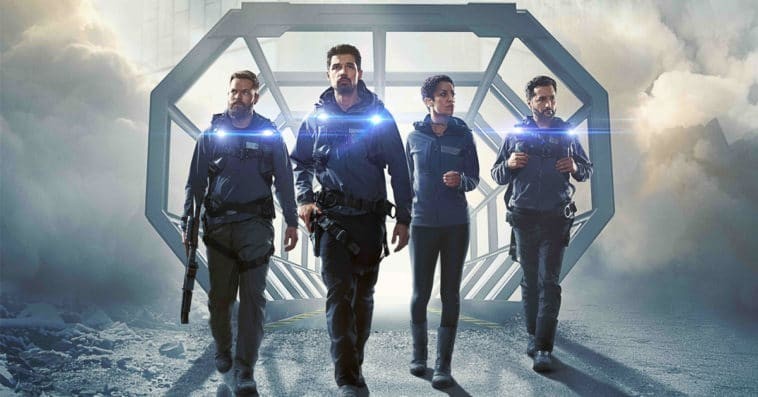 The Expanse is coming to an end.

Amazon Studios announced on Tuesday that the sci-fi series has been renewed for season 6, which will be its last. The renewal/cancellation news comes three weeks before the show’s highly anticipated season 5 premiere, which will be available to stream on Amazon Prime Video in more than 240 countries and territories starting December 16th.

Production on season 6 is reportedly set to begin on January 20th, 2021 and given the ongoing COVID-19 pandemic, the final season is reportedly likely to arrive either late next year or early 2022.

After facing a number of sexual misconduct accusations during the summer, original cast member Cas Anvar won’t be back for season 6. But the rest of the cast, led by Steven Strait, are returning for the final season, along with longtime showrunner Naren Shankar.

In a statement confirming the sixth and final season of the show, Shankar gave a shoutout to the whole Expanse cast and crew and acknowledged the support of the show’s loyal fans. “The dedication and artistry of everyone who helps bring The Expanse to the screen is incredible,” said Shankar. “Our fans are awesome, and we cannot wait to get rolling on season 6.”

While Shankar seems fine with The Expanse ending with season 6, some fans are disappointed with the news, as they thought the show would at least have nine seasons to properly adapt James S. A. Corey’s The Expanse novel series.

Others, on the other hand, expected the possibility of the TV adaptation ending early due to a 30-year time jump between the sixth and seventh installments of the novel series. Pulling off a three-decade gap between seasons could be very difficult, so some fans thought a long time ago that the creative team behind the show would probably just bypass the time jump and wrap up the story early.

However, in an interview with Entertainment Weekly last December, Shankar said he’s “confident” that they “can pull it off.” This means that the last two seasons of the show may still include the time jump featured in the novels.

Produced by Alcon Entertainment, The Expanse aired its first three seasons on Syfy. After it was canceled by the network in 2018, the show’s fans launched a massive Save Our Show campaign, which helped the show found a new home at Amazon Prime Video.

In a statement, Andrew Kosove and Broderick Johnson ― co-CEOs and co-Founders of Alcon Television Group and executive producers of The Expanse ― thanked Shankar and James S. A. Corey, which is the joint pen name of writers Daniel Abraham and Ty Franck. “It continues to be an honor and privilege to work with this team,” said Kosove and Johnson, before thanking Amazon for their “continuing support” in helping them tell The Expanse “in its fullest” and bringing the show to a “global audience.”

The Expanse season 5 will launch on Amazon Prime Video on December 16th with three episodes. After that, one new episode will be released weekly through February 3rd. The first four seasons are currently available to stream on the OTT platform.