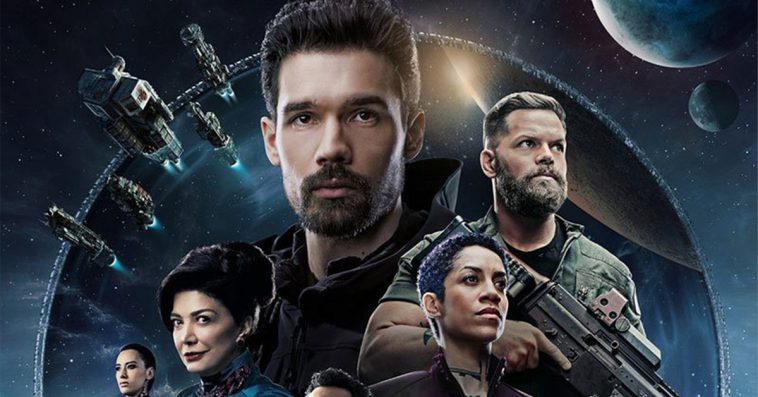 Fans will be seeing more of Keon Alexander, Nadine Nicole, and Jasai Chase Owens in the next season of Amazon Prime Video’s The Expanse.

According to Deadline, the three actors have all been promoted to series regulars for Season 5 of the sci-fi drama. Alexander, who appeared in four episodes of Season 4, will reprise his role as Marco, a Belter faction leader. Nicole, meanwhile, will return as Claire Melpomene Mao, aka Melba Alzbeta Koh, a recurring role she played in eight episodes over Season 3 and 4. Lastly, after guest-starring in an episode of Season 4, Owens will come back as Marco’s son, Filip.

In addition to these promotions, Lily Gao, who appeared in five episodes of Season 4, will also return in a recurring capacity, reprising her role as the secretary-general of the United Nations, Nancy Gao.

While plot details about the fifth season are being kept under wraps, the official Twitter account of the show’s writers previously confirmed that the next chapter of the series will be based on Nemesis Games, the fifth installment of James S.A. Corey’s The Expanse novel series that serves as the source material of the TV show.

Developed by the Oscar-nominated writing duo Mark Fergus and Hawk Ostby, The Expanse stars Shohreh Asgdashloo as Chrisjen Avasarala; Steve Strait as James Holden; Dominique Tipper as Naomi Nagata; Wes Chatham as Amos Burton; Cas Anvar as Alex Kamal; and Frankie Adams as Bobbie Draper. All of whom are expected to return for the fifth season.

Prior to The Expanse, Alexander played Rami Said in FX’s Tyrant and Dominick Baptiste in YouTube Premium’s Impulse. Nicole most recently recurred in Hulu’s Casual and NBC’s The Village, while newcomer Owens guest-starred in an episode of HBO’s The Deuce.  Gao, meanwhile, appeared in an episode of Hulu’s The Handmaid’s Tale and will be next seen in Netflix’s Grand Army and in Leif Bristol’s movie Rising Suns.

Season 5 of The Expanse has no release date yet.