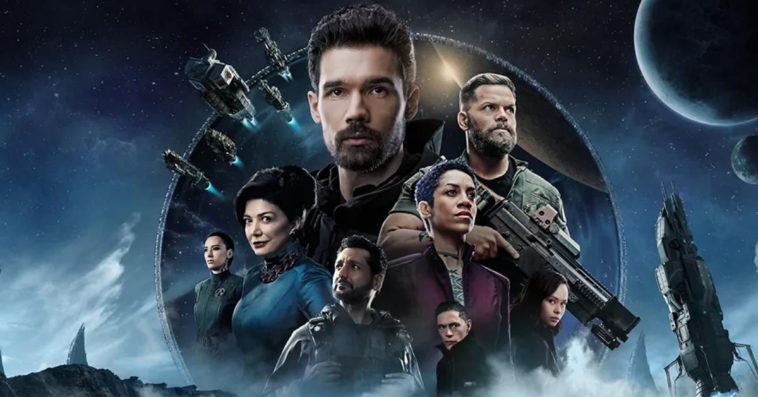 The 30-year time jump between the sixth and seventh installments of The Expanse novel series could bring the story of its live-action TV adaptation to an early end.

The fourth and most recent season of The Expanse arrived on Prime Video in December 2019, and while the already renewed season 5 doesn’t have a release date yet, each of the first four seasons covered one of the nine installments of James S.A. Corey’s novel series. Assuming season 5 adapts Nemesis Games and season 6 covers Babylon’s Ashes, the story then jumps 30 years into the future for its next installment. This means that if the show was renewed through season 7, it would have to age its characters by 30 years in order to remain faithful to the source material.

Pulling off a three-decade gap between seasons could be very difficult, so it wouldn’t be a surprise if the creative team behind The Expanse decided to just bypass the time jump completely and wrap up the story early. However, in an interview with Entertainment Weekly last December, showrunner Naren Shankar said that he’s “confident” that they “can pull it off.”

Shankar didn’t offer any additional details on how they plan to overcome the challenge, but there a few ways for the show to accomplish the 30-year time jump. Though overly expensive, The Expanse can digitally age its cast members. It can also use a combination of makeup and prosthetics as a cheaper option, but that might negatively affect the overall production value of the TV series.

According to Screen Rant, the most logical solution would be to shorten the duration of the time jump. From a substantial 30 years, the show can simply cut it to a more manageable 10 years. With only a decade gap between seasons 6 and 7, The Expanse would have a much easier time aging their cast, while still creating the sense that a significant amount of time has passed.

Since Amazon Prime Video ― like Netflix and other streaming services ― doesn’t make its viewing figures readily available, it’s hard to say whether or not The Expanse would be renewed for additional seasons beyond season 5. Nevertheless, based on its current trajectory, The Expanse should at least have nine seasons to properly adapt the entire novel series.