Replica maker Idea Planet is looking to produce a collectible model of the Rocinante ship from the sci-fi series The Expanse via a Kickstarter campaign.

The campaign is set to kick off on October 22nd and will run through November 20th. If fully funded, the 21-inches long and nearly four-pound Rocinante replica will feature an articulated base, removable magnetic rail gun and turrets, detachable landing gear, illuminating engine thruster, and many other accessories.

Because it’s a special edition collector’s item, the price for each unit will start at $199 plus shipping. Shipment of this Kickstarter exclusive is expected to begin in September 2020. 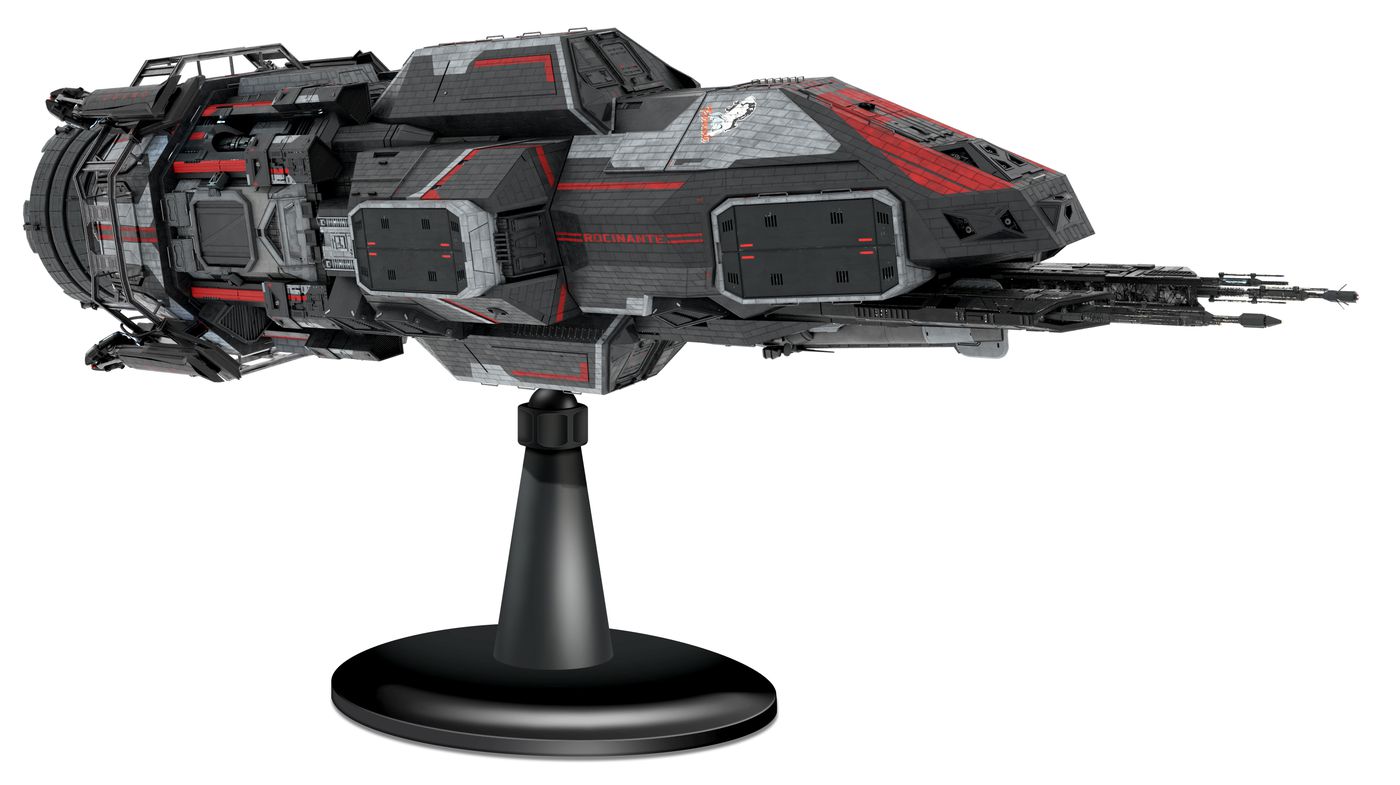 A few months back, Idea Planet asked fans on Twitter which The Expanse objects and characters they would like to see have a model. After Idea Planet had them vote on the top ten results, the Rocinante ship emerged as the runaway winner, even beating out proposed replicas of Martian marine Bobbie Draper (Frankie Adams) and United Nations leader Chrisjen Avasarala (Shohreh Aghdashloo).

In an interview with Polygon, Idea Planet creative director Mike Ableman made it clear that Amazon, which now airs the series, is not involved in the production of the model. “[Amazon is] just giving us access,” Ableman explained. “Are they going to get something if it funds? Yeah. We’re going to have a license. But the reality is […] their priority right now is to create content. It wasn’t on the list to make anything [like this]. It just wasn’t even on their radar.”

Fans can show their support to the Kickstarter campaign by giving as little as one dollar. Supporters, depending on how much they contributed, will get merchandise items like replica prop pins from the show, challenge coins, vinyl decals, as well as embossed metal plaques.

The 10-episode fourth season of The Expanse will premiere on Amazon Prime Video on December 13th.