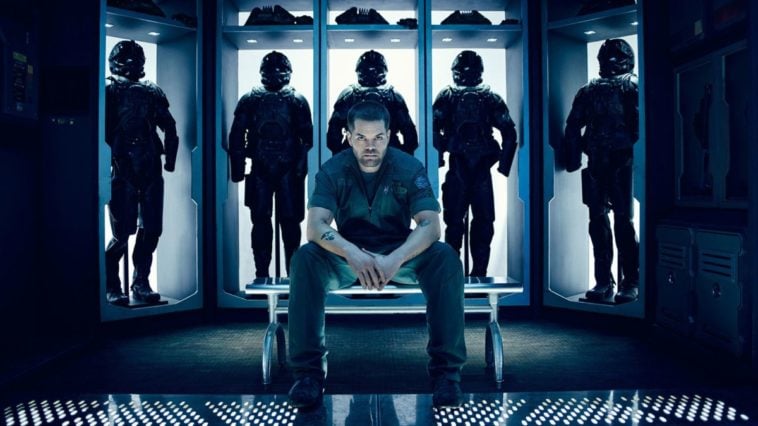 Rumor has it that The Expanse never really fancied Syfy anyway… The show, which is based on the bestselling book series by Daniel Abraham and Ty Franck (under the pen name James S. A. Corey), is being dumped by the channel after its current third season comes to a close. Fortunately for all involved with The Expanse, its rebound is pretty darn hot – Amazon has closed a deal to pick up the space drama after its third season finishes.

The Expanse panel was at the same event and the likes of showrunner Naren Shankar and some of the cast there to join in with the celebrations.

The last episode of this season will air in July.

Explaining why Syfy dropped the show, Chris McCumber, the President of Entertainment Networks for NBC Universal Cable Entertainment, gave The Expanse the old “it’s not you, it’s me” line.

He said: “Everyone at Syfy is a massive fan of the series, and this was an incredibly difficult decision.”

The space drama series will join Amazon, after they were targeted by fans of the show with the hashtag #SaveTheExpanse. There was also a GoFundMePage which collected money for a “Save the Expanse” banner to be flown over the Amazon HQ and a petition, with 138,000 signatures.

When you combine that with the shows high Rotten Tomatoes reviews (its third season currently has a 100 percent review, while season 2 has 95 percent and season 1 has a rating of 76 percent), it does seem like a fairly stable bet for the producers.

However, the talks could have gone slightly smoother. It is thought that the SVOD rights delayed the deal, as Amazon owns North American SVOD rights to The Expanse, while Netflix carries the series globally outside of North America and New Zealand.

However, the show which was co-created and written by Oscar-nominated screenwriting duo Mark Fergus and Hawk Ostby (Children of Men), did eventually come to a deal.

Thus, all of you folks who brought the #SaveTheExpanse hashtag to life can consider your job done!