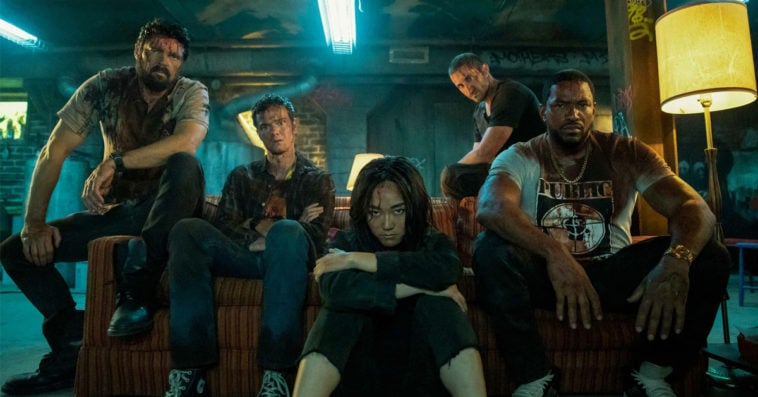 The second most popular superhero team in The Boys comic book series is making its first live-action appearance in season 3 of Amazon’s The Boys.

A photo of the title page for the season 3 premiere script, which was posted by showrunner Eric Kripke on Twitter on Thursday, reveals that the episode is titled Payback. While that may seem just another title for casual fans, those who have read Garth Ennis and Darick Robertson’s comics know that Payback is actually the name of the franchise’s twisted version of Marvel’s Avengers.

Payback’s impending appearance in the show was first teased in August when it was announced that Supernatural star Jensen Ackles was cast as Soldier Boy, The Boys’ direct parody of Captain America and the eventual leader of group. Considered as the second strongest superhero team next to The Seven, Payback also features several other supes that are direct riffs on Earth’s Mightiest Heroes. These include Tek Knight (Batman/Iron Man), Crimson Countess (Scarlet Witch), Swatto (The Wasp), Mind Droid (Vision), and Eagle the Archer (Hawkeye).

Though Soldier Boy, Tek Knight, and Crimson Countess were all mentioned in the previous two seasons of The Boys, the trio has yet to make an appearance on the show. Eagle the Archer, meanwhile, was already introduced in season 2 and was played by Langston Kerman. Stormfront, who was portrayed by Aya Cash in season 2, is also a member of Payback in the comic book series.

READ  Has the Simpsons been cancelled or renewed for seasons 33 and 34?

Plot details about season 3 of The Boys are scarce, but Kripke previously said that the new season will look through the history of Vought via Soldier Boy’s many years as a supe. “As we’re writing him in this, we’re getting to really talk about the history of Vought because he’s like John Wayne,” Kripke told Variety of Soldier Boy. “He’s one of these guys that’s been around for decades of Vought history. And he was Homelander before Homelander.”

Season 3 of The Boys doesn’t have a release date yet, but filming for the new season is set to begin in early 2021. The first two seasons of The Boys are available to stream on Amazon Prime Video.