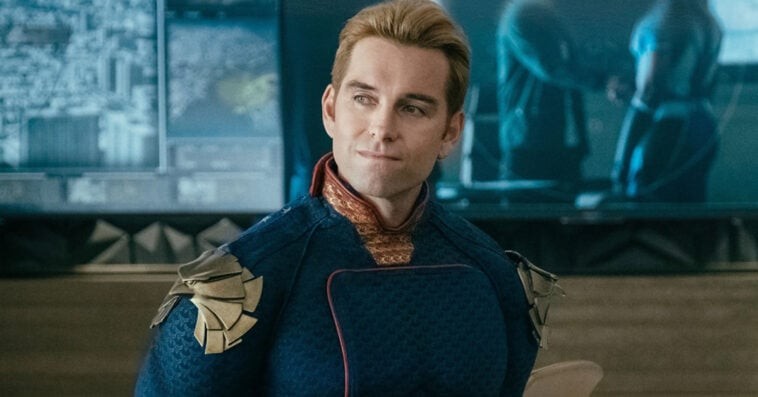 Filmmaker Kevin Smith wants Antony Starr to win an Emmy for his performance as Homelander in season 3 of The Boys.

Smith, who is best known for his low-budget 1994 comedy buddy film Clerks, said in a recent episode of his Fatman Beyond podcast that Starr deserves to get at least an Emmy nomination for his outstanding portrayal of The Boys’ main villain.

“Everyone’s like Herogasm… this is the episode where like Homelander and Soldier Boy (Jensen Ackles) would go toe-to-toe and then f-cking Butcher (Karl Urban) jumps in and it becomes a three-way f-cking fight to a standstill essentially, where he gets chased off,” Smith said, referring to episode 6 of The Boys’ current season. “What’s that dude’s name (Starr)? That actor deserves an Emmy nomination at least, if not a f-cking win. [It’s] like an incredible performance not just like ‘You love to hate him,’ like J.R. Ewing but he’s f-cking terrifying.”

Starr wasn’t the only one who got praises from Smith, as the latter also commended the series as a whole and even gave a shout-out to the show’s writers.

“It continues to be a really cool show, very twisty tourney… It continues to be some of the best f-cking TV on TV that’s not TV because it’s Amazon,” Smith said of The Boys. “But also give an Emmy to those writers, man. I’m telling you [The Boys is] right up there with the prime minister f-cking a pig on live television in that episode of Black Mirror, this f-cking Ant-Man walking through a guy’s d-ck hole is like, you know the bar’s just been raised, kids. Nothing else is going to be the same after that. It’s like, how do you keep them down on the farm once they’ve been inside a guy’s dick hole?’ That was nuts.”

For context, the “Ant-Man” scene Smith was referring to is one of the shocking scenes in episode 1 of The Boys season 3. In the said scene, an Ant-Man-like supe called Termite shrinks down and enters the penis of his partner to pleasure him. But while inside his partner’s penis, Termite sneezes, causing him to return to his normal size and accidentally exploding his partner into pieces.

Who is Antony Starr?

Starr is a New Zealand actor, who appeared in several Australian series before landing his first major American TV role in the Cinemax action series Banshee. He also starred in the short-lived CBS mystery drama American Gothic before finally appearing as Homelander in Amazon Prime Video’s The Boys.

While Starr has yet to score an Emmy for his role as Homelander, the actor has already received several awards and recognition for his performance as the twisted supe. These include winning Best Actor in a Superhero Series and Best Villain in a Series at the 2021 Critics Choice Super Awards, and winning the Best Dramatic TV Performance category at the 2020 IGN Summer Movie Awards.

Starr will be next seen in the action crime movie The Interpreter and in the horror thriller Cobweb. The former is directed by Guy Ritchie and stars Jake Gyllenhaal and Alexander Ludwig, while the latter is helmed by Samuel Bodin and features performances by Lizzy Caplan and Cleopatra Coleman. Both films don’t have release dates yet.