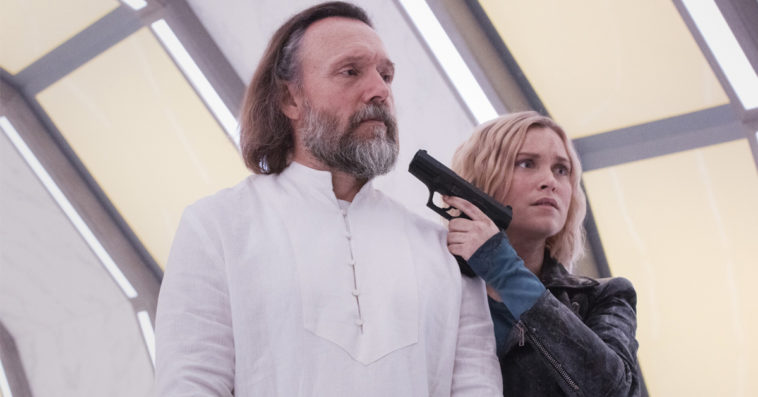 The stars and creator of The 100 gathered virtually last Sunday in a panel for Comic-Con@Home to talk about the seventh and final season of The CW series.

“We started this season not wanting to leave anything on the field,” said Rothenburg, noting that the prequel episode that aired earlier this month helped “fill in a lot of the blanks.” “The prequel episode answered a lot of the questions for over the last few seasons, such as why the bunker was empty when they found it.”

While Rothenburg didn’t reveal any details about how the series will wrap up, he did suggest that the ending will leave an important message for viewers. “The ending of a story is the moral of that story and we really wanted to say something with this season,” he said. “When people see how the story ends they will perhaps look at the whole series differently.”

Rothenberg went on to say that the show is not just about people who would kill anyone who takes their stuff. “That’s, unfortunately, human nature,” he explained. “We are making a statement on that.”

Following Rothenberg’s tease about what fans can expect from the series finale, the actors present in the panel talked about how their characters have changed throughout the series and revealed whether they have ever been worried about their characters getting killed off.

After that, the panel was filled with surprise cameo appearances from current cast members who weren’t able to join the pre-taped panel, and from those who were killed off the show in the past seasons. The actors who sent special messages were Chuku Modu, Eliza Taylor, Bob Morley, Sara Thompson, Alessandro Juliani, Christopher Larkin, Chelsey Reist, Eli Goree, Michael Beach, Zach McGowan, Nadia Hilker, Isaiah Washington, Alycia Debnam-Carey, and Paige Turco.

Watch the full panel discussion in the video below:

After a three-week hiatus, The 100 season 7 returns with a new episode on Wednesday, August 5th at 8 p.m. ET on The CW.