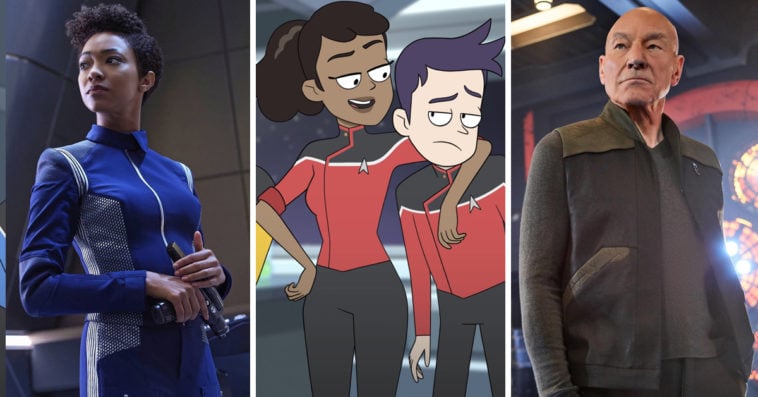 CBS All Access’ Star Trek Universe is all set for this week’s highly anticipated Comic-Con@Home.

On Tuesday, the streaming service released a teaser for the franchise’s back-to-back-to-back Comic-Con panels featuring the cast of Star Trek: Discovery, Star Trek: Lower Decks, and Star Trek: Picard. The pre-recorded virtual panels will be available to view on Comic-Con’s YouTube channel on Thursday, July 23rd at 1 p.m. ET.

As seen in the teaser above, Deadline senior editor Dominic Patten moderates the overall Star Trek Universe panels, which will kick off with an introduction and discussion with Secret Hideout executive producers Alex Kurtzman and Heather Kadin about what’s ahead in the ever-expanding sci-fi franchise.

The acting ensemble will also be joined by series executive producers Michelle Paradise and Olatunde Osunsanmi, who directed the season 2 finale.