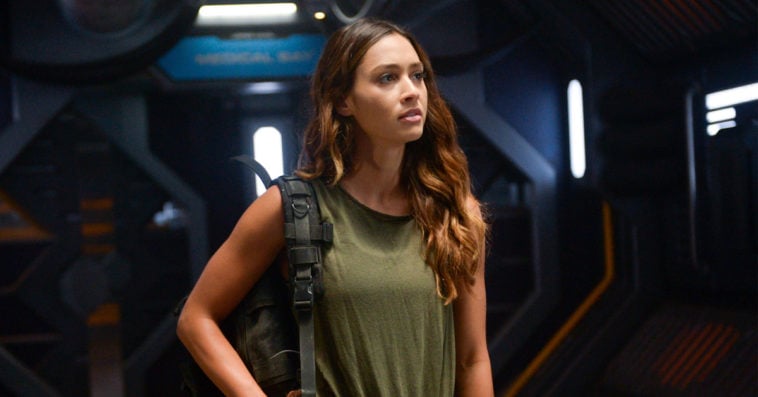 Lindsey Morgan has joined the cast of Walker, Texas Ranger.

The CW series, which is set to premiere next TV season, will star Supernatural actor Jared Padalecki as the titular character, Cordell Walker. A widower and father of two with his own moral code, Walker returns home to Austin after being undercover for two years, only to discover there’s harder work to be done at home. He will try to win back with his children, navigate clashes with his conservative family, and find common ground with his new work partner, all while growing increasingly suspicious about the circumstances surrounding his wife’s death.

Morgan will play Walker’s new work partner, Micki, one of the first women in Texas Rangers’ history. Born and raised in San Antonio, Texas, Micki is described as focused and perceptive. She’s been in the Army and on the police force and knows first-hand what it’s like to be singled out and discriminated against because of her gender.

In addition to playing the lead role, Texas native Padalecki will also executive produce the series, along with Rideback’s Dan Lin (Lethal Weapon) and Lindsey Libertore, Industry Entertainment’s Dan Spilo (Sunnyside), and Anna Fricke (Valor), who is also attached to pen the series.

Morgan is best known for her role as Raven Reyes on The CW’s The 100. After recurring in the first season of the post-apocalyptic drama, Morgan was promoted to series regular in the second season and has remained one ever since. The 16-episode seventh and final season of the series will air on the network midseason.

Morgan also played Kristina Davis on ABC’s General Hospital from 2012-2013 and went on to appear on NBC’s The Night Shift and YouTube’s Destroy the Alpha Gammas. On the movie front, Morgan appeared in the sports drama Inside Game and the sci-fi movie Beyond Skyline. She will be next seen in the action-adventure film Skylin3s.