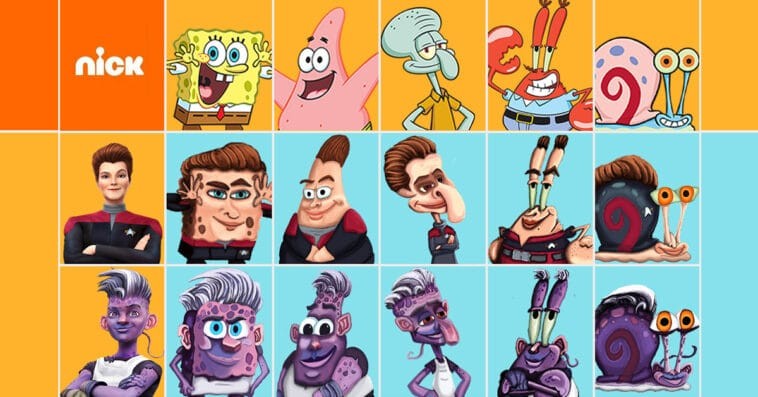 The Internet has got even weirder when Nickelodeon unveiled a mashup art featuring the characters of Star Trek: Prodigy and SpongeBob SquarePants.

Shared on the network’s official Twitter account on Wednesday, the bizarre artwork shows how Star Trek: Prodigy and SpongeBob SquarePants characters would look like if they were merged into one. Star Trek: Prodigy’s Kathryn Janeway, Dal, Gwynala, Rok-Tahk, Zero, and Chakotay are present in the mashup art, as well as Bikini Bottom residents SpongeBob, Patrick, Squidward, Mr. Krabs, and Gary.

While the “out of this world” artwork may spook some fans because of its odd-looking character fusions, those who have seen a lot of mashup art pieces on the Internet may actually find it a lot less ridiculous than some fan-made crossover art lurking in the corners of the world wide web.

an OUT OF THIS WORLD mash up! @StarTrek: Prodigy now streaming on @paramountplus pic.twitter.com/rYqb7aLydq

Star Trek: Prodigy kicked off its 20-episode season 1 on the ViacomCBS-owned streamer with a one-hour series premiere (episodes 1 and 2) last October 28th. After its episode 5 debuted on the platform on November 18th, the series has gone on a hiatus, with the remaining five episodes of season 1’s first half set to become available weekly starting January 6th, 2022. The 10-episode second half of the show’s season 1 will arrive on the service later next year.

The entire Star Trek: Prodigy season 1 will begin airing on Nickelodeon before the already renewed second season of the show premieres on Paramount+.

Meanwhile, SpongeBob SquarePants is also on hiatus. It is set to return to Nickelodeon on December 10th for its season 13, episode 5, titled SpongeBob’s Road to Christmas.