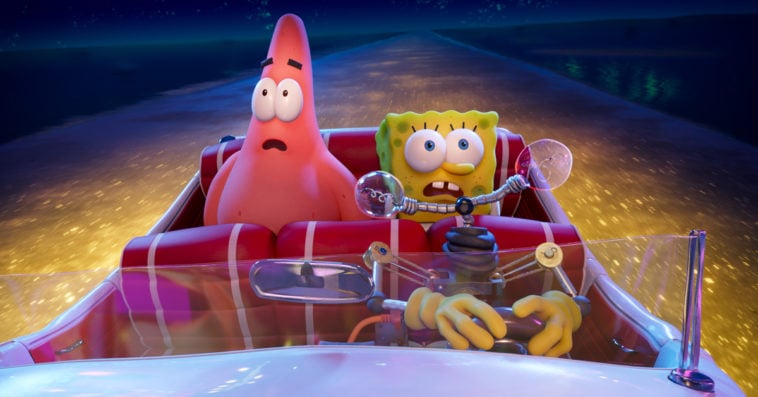 The SpongeBob Movie: Sponge on the Run is now streaming on Netflix in all countries except in the U.S. and Canada.

Sponge on the Run, which is the first film in the SpongeBob franchise to be fully animated in stylized CGI rather than traditional 2D animation, arrived on the streaming service on November 5th ― almost three months after its theatrical release in Canada on August 14th.

The movie was originally scheduled to open in U.S. theaters on February 9th, 2019 by Paramount Pictures. Its release was pushed back to August 2nd, 2019, before being delayed several times this year due to the COVID-19 pandemic. Last June, it was announced that the film’s U.S. theatrical release had been cancelled and it would instead be released in the country through video-on-demand and CBS All Access in early 2021.

Marc DeBevoise, chief digital officer at ViacomCBS and president and CEO of ViacomCBS Digital, previously said that the U.S. streaming debut of the movie “will be perfectly timed” with CBS All Access’ rebranding as Paramount+.

According to Slash Film, Netflix and CBS All Access both scored pricey deals for Sponge on the Run, which reportedly covered the $60 million production budget for the film. While Paramount Pictures may be satisfied with the streaming deals, director Tim Hill was disappointed that the movie’s theatrical release was canceled.

“It’s terrible,” Hill told Looper of the flick’s unorthodox rollout. “I was hoping for a big fanfare and a great premiere and seeing all the people I worked with, and doing a cast and crew screening, being able to at least thank people, which never happened. It was just what we’re doing now, like, ‘Bye. Movie’s over.’ It didn’t feel natural, for sure.”

Based on a story by Hill, Jonathan Aibel, and Glenn Berger, Sponge on the Run follows SpongeBob and Patrick as they travel to the Lost City of Atlantic City to rescue SpongeBob’s pet snail Gary who has been “snailnapped” by King Poseidon. The movie also reveals SpongeBob and Gary’s first meeting as children.

A flashback scene from the movie, which introduces a 10-year-old SpongeBob at a summer sleepaway camp, serves like a backdoor pilot for the upcoming SpongeBob spinoff Kamp Koral: SpongeBob’s Under Years. The new series is also set to be released on CBS All Access in early 2021.