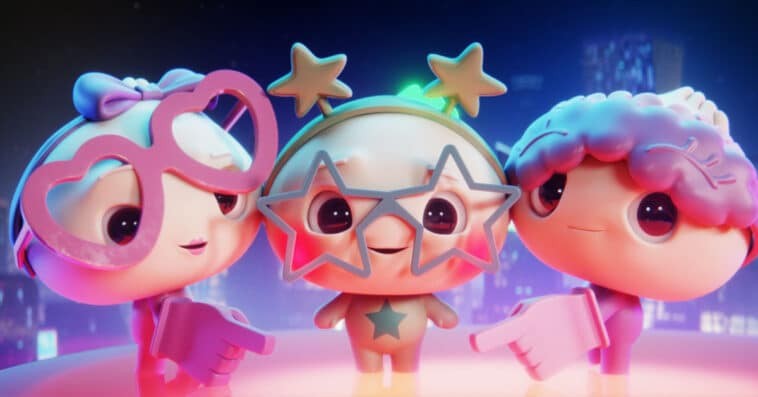 Nickelodeon has formed a new band made up of WowWee’s My Squishy Little Dumplings characters.

Aptly called The Squish, the musical quartet is a K-pop inspired band comprised of Doe, Dip, Dee, and Dot.

The Squish officially made their debut on August 13th, aka Dumpling Day, with a featured song and music video released on the Nickelodeon and Nick Jr. YouTube Channels. Titled Can You Resist the Squish?!, the song and accompanying video focus on the big, unique personalities of each of the band members. Aside from YouTube, the song is also available to stream on Apple Music, Spotify, iTunes, and other digital streaming platforms.

In addition to the Can You Resist the Squish?! song and video, WowWee and Nickelodeon Digital Studios will also be releasing additional digital-first content starring The Squish throughout the year on Nickelodeon’s YouTube Channels.

These exclusive, follow-up digital content include dance music videos that highlight each Dumpling’s individual track along with their unique origin story; behind-the-scenes backstage content; and house party tour that will see The Squish hitting the road and making stops in the kitchen, the playroom, the Tub, and the backyard.

“Kids and families from all over the world will adore My Squishy Little Dumplings, the same way we do,” said Ashley Kaplan, Senior Vice President, Digital Studios, Nickelodeon, said in a news release. “We are so excited to create an environment where these characters can evolve and thrive, and kids can fall in love with them in a whole new way.”

Sydney Wiseman, Vice President of Brand Development & Creative Strategy at WowWee, added: “We know kids everywhere are going to love the My Squishy Little Dumplings digital content on Nickelodeon’s digital platforms just as much as we do. Nickelodeon is the perfect partner for us to bring the Dumplings into this next phase of fandom around the world.”