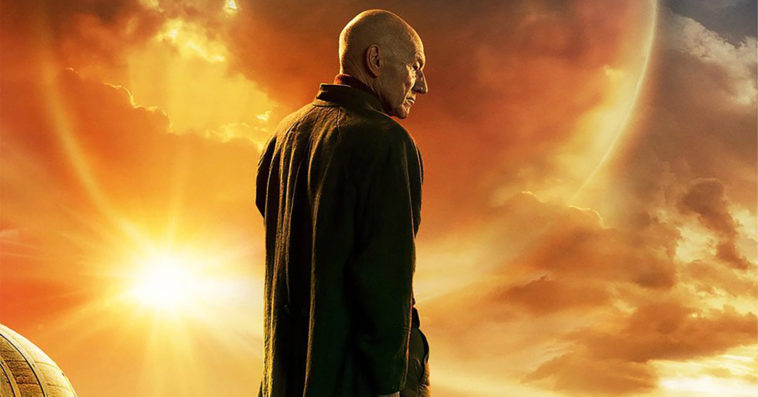 Following his last appearance in the 2002 film Star Trek: Nemesis, Jean-Luc Picard is returning to the beloved sci-fi franchise for the new web series Star Trek:  Picard. But before it premieres on CBS All Access sometime in 2020, fans will be able to find out what the former Starfleet officer has been up to in an upcoming comic book series and a novel.

CBS Consumer Products, in association with IDW and Simon & Schuster’s Gallery Books, announced on Thursday that both projects are prequels and will shed light on the events leading into Star Trek: Picard.

The first prequel that will hit the shelves is IDW’s Star Trek: Picard – Countdown, a three-issue comic book series about a single mission that changed Picard’s life forever.  Written by Mike Johnson and Star Trek: Picard supervising producer Kirsten Beyer, the series will launch in November and will run through January 2020.

Then in February 2020, Galley Books will release Una McCormack’s Star Trek: The Last Best Hope, a novel that will lead directly into Star Trek: Picard and introduce new characters appearing in the show. McCormack is the author of eight previous Star Trek novels, including The Lotus Flower, Hollow Men, and the New York Times bestsellers The Fall: The Crimson Shadow, Enigma Tales, and The Way to the Stars.

CBS All Access has already released two trailers for Star Trek: Picard. The first one revealed that Picard took the promotion to admiral at some point after the events of Star Trek: Nemesis. However, despite getting promoted, Picard seemingly didn’t end up the way he or anyone else expected.

READ  Jodie Whittaker's first villain as Doctor Who has been revealed

The second trailer, meanwhile, introduced the mysterious character of Dahj, a young woman in hiding who comes to Picard for help. While the video doesn’t reveal Dahj’s true identity, her arrival in Picard’s life brings the former Enterprise captain back to action, as he and his new crew try to keep her safe from threats that put her life in danger.