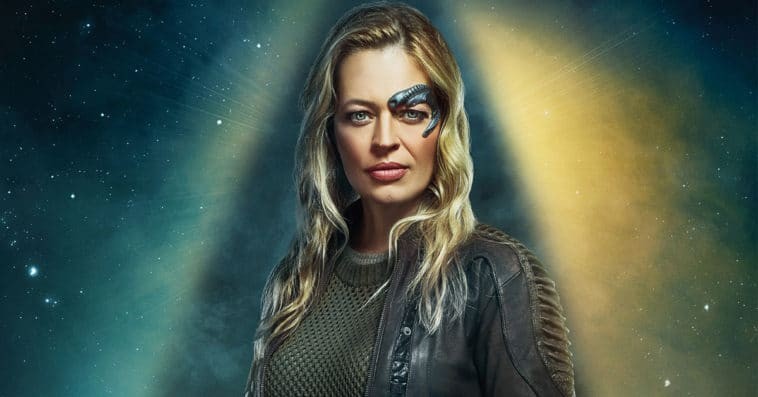 The Star Trek franchise continues to be a source of hope and inspiration amid the COVID-19 pandemic.

In a new video released by CBS All Access on Wednesday, cast members of Star Trek: Discovery and Star Trek: Picard come together to share an inspiring message with fans all over the world.

“This is a tough time for everybody. Times like this can seem overwhelming. These are stressful times. But I want you to know, that you are not alone. We’re all connected,” the franchise stars say jointly in the 42-second clip. “We can still laugh and smile and share moments. It’s just a reminder of the compassion that we always have to have. Let’s keep being there for each other. Because we’re in this together. And we will live long and prosper.”

No matter where you are in the galaxy, we're #InThisTogether. pic.twitter.com/gWjS8MpCuj

Trekkies from different parts of the globe appreciate the message, as several of them have already taken to Twitter to express their gratitude.

Star Trek has been telling me I’m not alone my whole life. Thanks for keeping that tradition alive. ??

This is amazing. Thanks for sharing some #TrekPositive today!!

This is why I love the ST universe, and the wonderful people that make up the characters we love.

@startrekcbs I loved this video of #StarTrekFamily!!! It definitely made my day. I have been self quarantined for 25 days and getting a little restless. Thank goodness for #BBC playing reruns constantly of #StarTrekTNG!!!!?????#StayHomeWatchReruns #trekcore

A release date for Star Trek: Discovery Season 3 has yet to be announced, but fans may have to wait a little bit longer for the next chapter of the series as extra precautions are being taken during the pandemic. Though Season 3 had already wrapped principal photography last February, its post-production is still ongoing. And because the show’s editing and visual effects crew are now working from home, delivering the finished product may take longer than the usual.

Meanwhile, work on Star Trek: Picard Season 2 had also started before the onset of the pandemic. However, given the current situation, it’s likely that it will also face some kind of delay. No release date for the show’s sophomore run has been announced yet, but it’s expected to arrive on CBS All Access sometime in 2021.