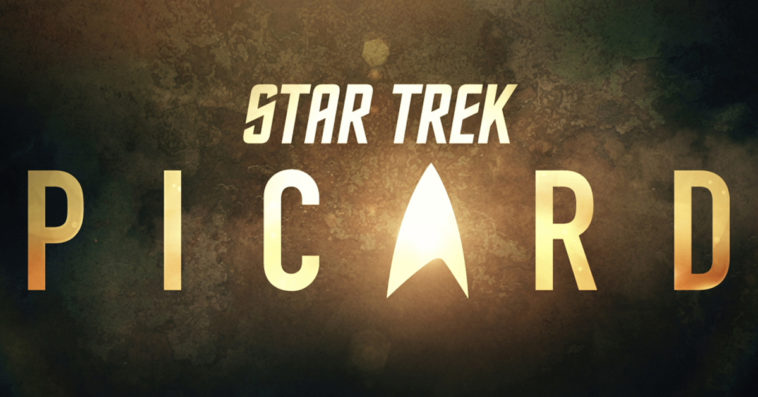 CBS has revealed the title, logo, and first footage from the new Star Trek series about Patrick Stewart’s Jean-Luc Picard.

During the CBS and CBS All Access Upfronts presentation on May 15th, the highly anticipated show was referred to as Star Trek: Picard. Its logo, which appeared onscreen at the event, is comprised of the title of the series written in gold letters, with the Starfleet delta insignia forming the letter A in Picard’s name.

A short clip from the show was also screened during the presentation. According to a tweet from Pittsburgh Post-Gazette TV critic Rob Owen, the brief footage features “a Starfleet officer asking Jean-Luc, ‘May I have your name, please, sir?’ as Picard appears incredulous.”

As seen in a photo of the footage shared by Buzzfeed’s chief Los Angeles correspondent Kate Aurthur on Twitter, Picard is wearing an outfit that is not a Starfleet uniform, seemingly confirming reports that Stewart’s character is no longer a Starfleet Captain in the upcoming series.

A teeny look at the #StarTrek #Picard show coming to @CBSAllAccess. #Upfronts pic.twitter.com/1uiUkPi81r

While details on the show are scarce, it was previously revealed that Star Trek: Picard will take place 18 years after Star Trek: Nemesis and will see Picard coping with the news of Romulus’ destruction in the Prime timeline in the 2009 Star Trek film.

In a Los Angeles Times feature, Star Trek executive producer Alex Kurtzman said that the new show will be a psychological look at Picard as a character. “The mandate was to make it a more psychological show, a character study about this man in his emeritus years,” said Kurtzman, before suggesting that Picard might not have ended up the way he or anyone else expected almost two decades after the events of Star Trek: Nemesis.

“What happens when circumstances have conspired to not give him the happiest of endings?” Kurtzman teased of Picard’s current life. “Hopefully, it’s a reinforcement of [Star Trek creator Gene] Roddenberry’s vision of optimism. He’s going to have to go through deep valleys to get back to the light.”

In addition to Stewart, the series will also star Santiago Cabrera and Michelle Hurd. Cabrera will play a thief and pilot flying on Picard’s ship, while Hurd will play an intelligence agent struggling with addiction.

The 10-episode first season of Star Trek: Picard will premiere in late 2019 on CBS All Access.